This autumn's Call of Duty game is called Call of Duty: Black Ops Cold War, according to a leak backed up by Eurogamer's own sources.

Call of Duty leaker Okami posted a mocked-up box cover with the correct title on Twitter last night. It's fair to say this isn't the artwork you'll see later this year, but the title is on the money.

Next Call of Duty is rumoured to be based on Vietnam. With that being as a sucker for history and warfare. Imagine if we could recreate creepy missons like Operation Wandering Soul.

CIA used to give hard time to North Vietnamese who believed in superstitions. They believed dead needs to believe to find peace. In the middle of the night they send helicopters with audio tape ghost noises.
Source

On top of that they use to South Vietnamese voice actors to make North Vietnamese army emotional. Like asking hubby to come and some playing parents asking them to help in the fields.

Also Fall of Saigon would be amazing. Imagine re-creating this iconic moment. 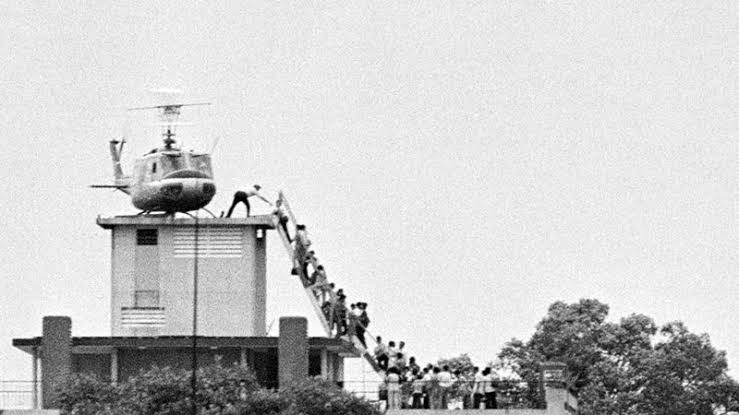 And the final mission to rescue American diplomats from North Vietnamese.

Seriously, can't wait for next Call of Duty. Really applaud Activision to do game on such bold and controversial topic.
D

Cold war is probably my last COD game. I am completely sick of not being able to climb or jump onto the most simple things. And prone block is also ridiculous. Are the gameplay characters made of 2 x 4's ? Last time I checked the human body can bend around things. Hopefully Battlefield comes back soon . Atleast there you can get on top of most obstacles.

Call Of Duty: Warzone could soon be coming to mobile