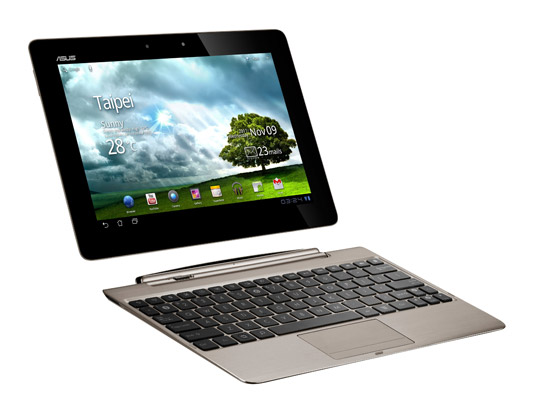 NEW DELHI: Asus launched Transformer Prime in India. The tablet, which is first tablet in India to be powered by a quad-core processor, will be sold along with a keyboard dock that allows its user to 'transform' the device into a laptop.

Prime is powered by Nvidia's Tegra 3 processor. The chip features 4 main cores for computing-heavy workload and one auxiliary core to keep the tablet running in standby mode. Asus said that this arrangement allows the tablet to be more power efficient and its battery lasts longer.

The main feature of Prime is the keyboard dock. This dock adds a physical keyboard and touchpad as well as access to USB port, extra battery and SD card reader.

While acknowledging that Prime is a premium tablet, Alex Huang, managing director of Asus India, said that the company would soon launch other tablets. "We will cover all price points and will have tablets for everyone," he said. Asus officials said that last year the company had 5% share in India's tablet market. This year, the company wants to increase it to 20%.