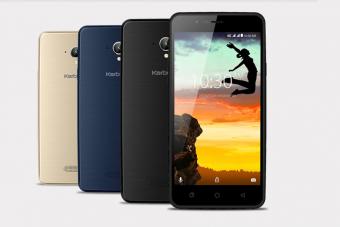 Karbonn Mobiles has launched its new pocket-friendly 4G smartphone, the Karbonn Yuva 2. As the name suggests, it's a youth-oriented device which is expected to be priced at around Rs 6000. As for its specifications, the Karbonn Yuva 2 features a 5-inch HD screen featuring 1,280 x 720 pixels resolution. The device comes with Android Nougat 7.0 OS, which runs on a 1.25 GHz Quad-Core processor with 2GB RAM and 16GB internal space which can be expanded to 128GB using MicroSD card.

Last month Karbonn had launched its another device "Titanium Jumbo" priced at Rs 6,490. The device with a 5-inch screen with HD IPS display sports 13MP rear camera with LED flash and 8MP front camera. It is powered by a 1.3 GHz quad-core processor coupled with a 2GB RAM and 16GB internal storage that can be expanded up to 64GB. It comes with 4000 mAh battery and runs Android 7.0 Nougat. Titanium Jumbo is currently available in black and champagne colours across the leading retail stores.