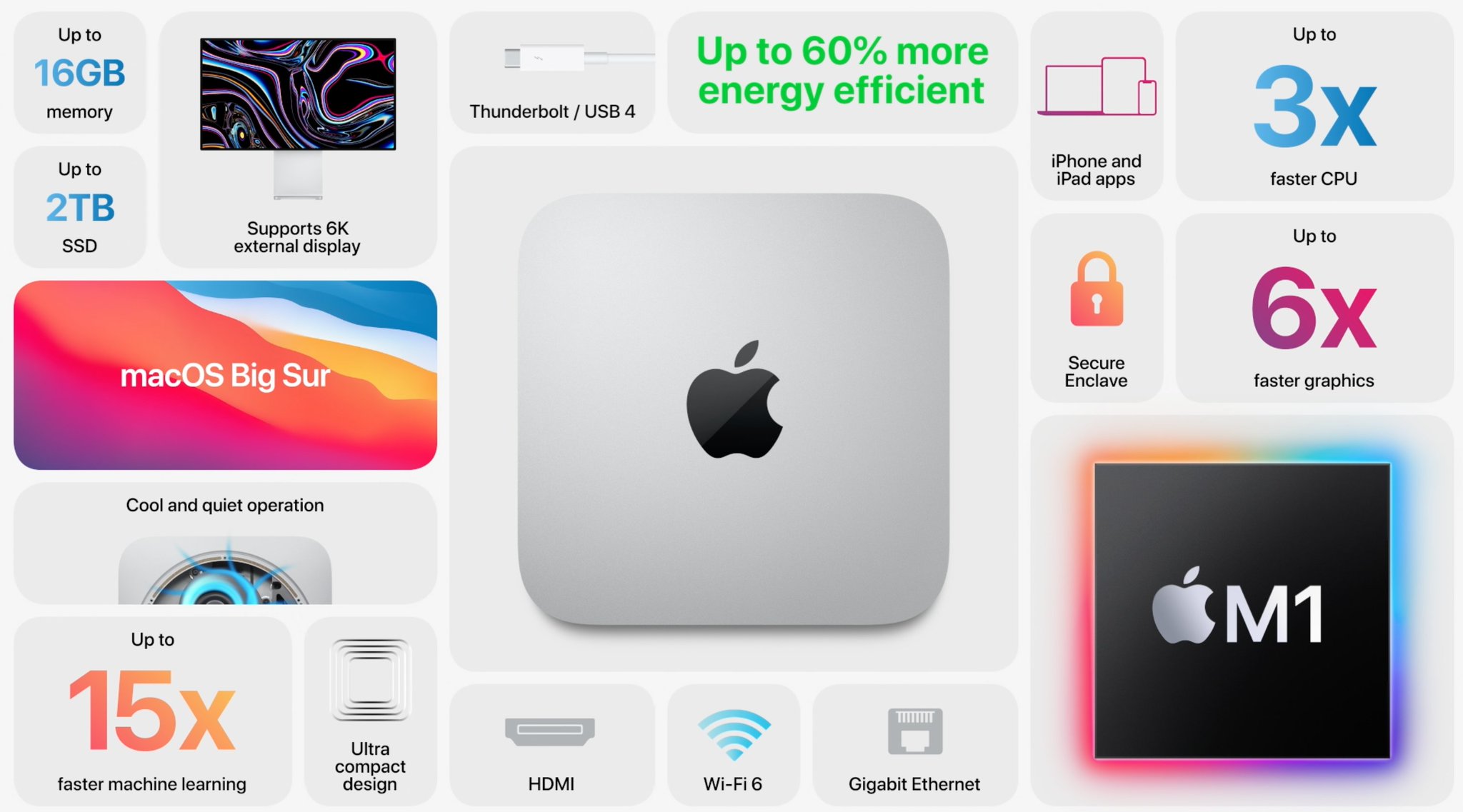 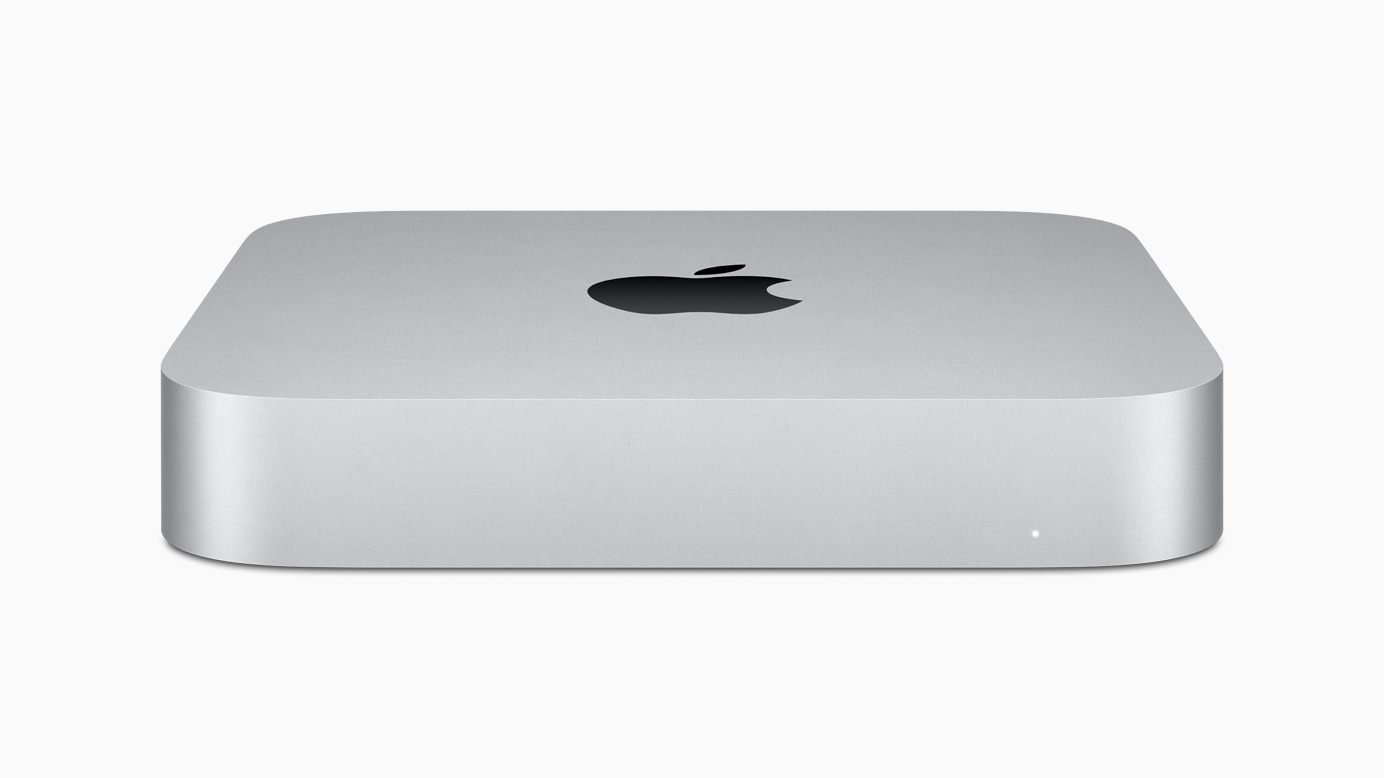 Mac mini is Apple’s most versatile computer, and now with M1, it packs a staggering amount of performance and incredible new features in such a compact design. M1 brings an 8-core CPU with up to 3x faster performance than the previous generation, dramatically accelerating demanding workloads, from compiling a million lines of code to building enormous multitrack music projects. An 8-core GPU delivers up to a massive 6x increase in graphics performance, allowing Mac mini to tackle performance-intensive tasks like complex 3D rendering with ease. ML workloads also take a quantum leap forward with up to 15x faster performance over the previous generation. And when compared to the best-selling Windows desktop in its price range, the Mac mini is just one-tenth the size, yet delivers up to 5x faster performance.

When compared to the previous generation, the M1-powered Mac mini can:
Cost $699

Over the past week, some M1 Mac users have been reporting alarming SSD health readings, suggesting that these devices are writing extraordinary amounts of data to their drives (via iMore).

Across Twitter and the MacRumors forums, users are reporting that ‌M1‌ Macs are experiencing extremely high drive writes over a short space of time. In what appear to be the most severe cases, ‌M1‌ Macs are said to be consuming as much as 10 to 13 percent of the maximum warrantable total bytes written (TBW) value of its SSD.