Yahoo! on Monday said it has bought a freshly launched startup that lets television viewers instantly share what they are watching with friends at Twitter or Facebook.

Yahoo! did not disclose how much it paid for IntoNow, which launched on January 31 in the Silicon Valley city of Palo Alto, California.

"We were all surprised to say the least but it makes a ton of sense and we're ready to rock," IntoNow's seven-member team said in a blog post at the startup's website.

IntoNow offers a free software application that lets iPhones identify television shows being watching and then share the information at popular social networks Facebook or Twitter. 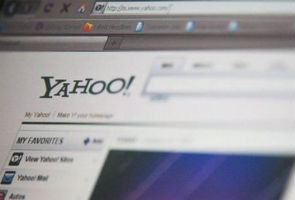 Sunnyvale, California-based Yahoo! has been reinventing itself as a digital media company after being eclipsed by Google in the online search market.