Netlix has acquired Reliance Entertainment’s “The Girl on the Train,” starring Parineeti Chopra (“Kesari”), and will premiere it on the service Feb. 26, 2021.

The film is an official Bollywood adaptation of Paula Hawkins’ 2015 bestseller, as revealed by Variety. A 2016 Hollywood version starring Emily Blunt, and directed by Tate Taylor, was produced by Amblin Partners, DreamWorks, Marc Platt Productions and Reliance Entertainment.

The Bollywood version is directed by Ribhu Dasgupta, who previously helmed Netflix original “Bard of Blood,” which was produced by Shah Rukh Khan’s Red Chillies. The film follows Meera (Chopra), who fixates on the perfect lives of a couple from afar, during her daily commutes on the train. One day, she witnesses something out of the ordinary, that shocks her. The film follows her journey as she tries to unravel the truth.

The Girl On the Train
Now Streaming 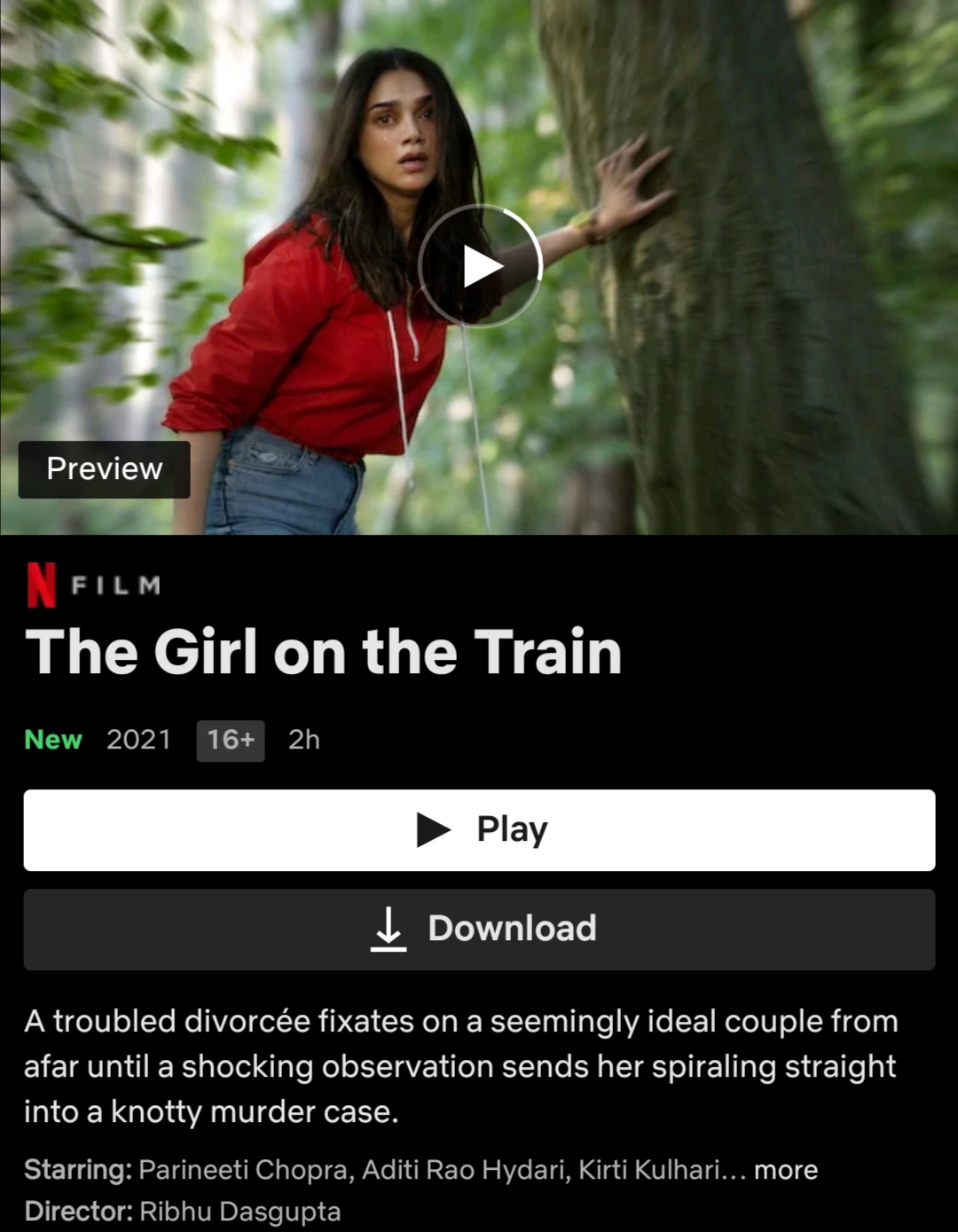 All The Bright Places | A Netflix Film | 28 Feb

A
Student of the Year spin-off series | coming soon | Netflix