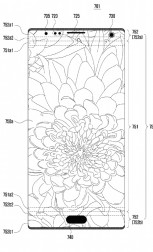 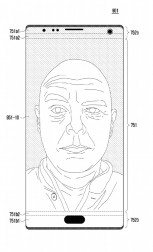 A Samsung patent shows such a device. It goes a step further and moves everything under the surface – including the earpiece, the proximity and ambient light sensors. The Xiaomi Mi Mix (an early mover in the bezel-less game) already had an earpiece below the screen but it didn’t sound great.

The Mix also put the selfie camera on the bottom, not our favorite position. This patent shows a traditional placement along the top of the phone, but if the camera can see through the screen, it can (in theory) be placed anywhere. That would solve an awkward thing about video calls – you either look in the person’s eyes or at the camera, neither a great choice.

Anyway, the problem is that no one has built such a camera yet. An early patent (referenced by Samsung, Apple, LG and others) suggests using a transparent OLED. With a high refresh rate, the device could flick the screen on and off and allow the camera to have a look during the inactive periods. 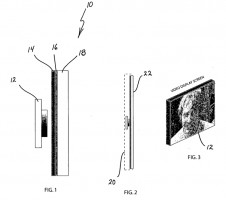 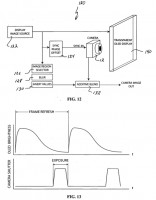