Samsung Galaxy S6, S6 edge, S6 edge+, and Note5 will all get the Oreo update. Manufacturer Development pages for these devices on T-Mobile's official website say the carrier "and the device manufacturer have agreed to support a new software update," which is Oreo.
Click to expand...

Samsung's 2015 flagships may get Oreo update 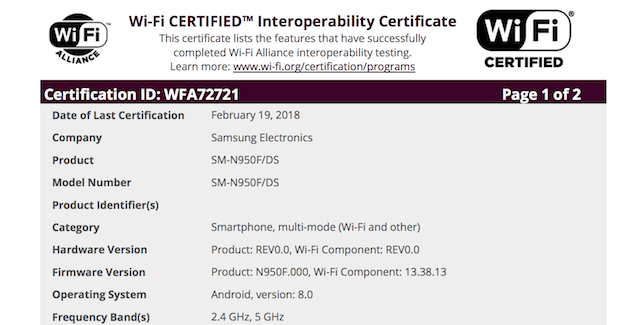 According to Samsung's 'Are we up to date' website in Turkey, the Galaxy Note 8 will be the first of the handsets which will get the Android 8.0 Oreo. March 30 has been marked as the date for pushing the update, after which Galaxy Note 8 users will be able to update their handsets from Android Nougat to Android Oreo. The next smartphones in line to receive the update will be Samsung's Galaxy S7 and Galaxy S7 Edge. The update for these smartphones will start on April 13.

Further, the Samsung Galaxy A7, Galaxy A5, and Galaxy A3, which were launched in 2017, will receive the Android Oreo update. These smartphones had shipped with Android Nougat out-of-the-box. The Oreo rollout date provided by Samsung for the smartphones is May 25, 2018. Notably, Samsung has not provided any official details regarding the rollout of the Android 8.0 Oreo update for the Samsung smartphone users in India.
Click to expand... 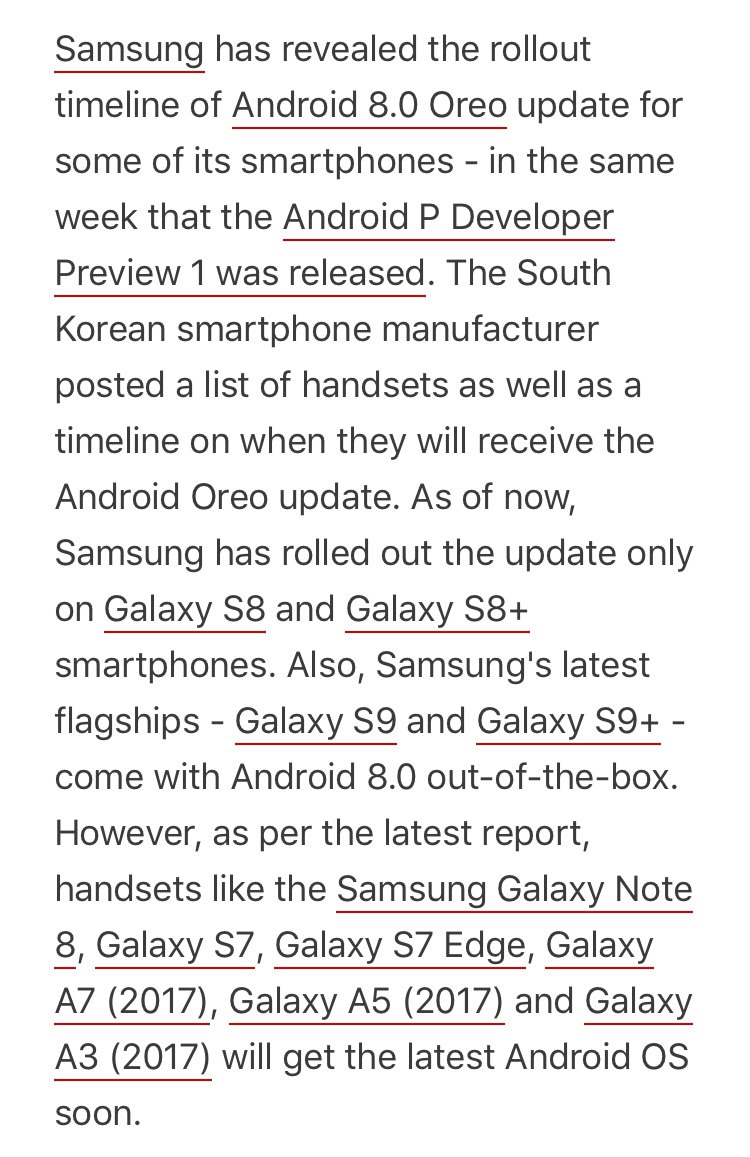 Eagerly waiting for Oreo update for my Galaxy S7 Edge.

The release of the Galaxy S6 back in 2015 marked a change in direction for the company after lower than expected Galaxy S5 sales. The GS6 was the first Samsung phone that truly focused on design, but that was then and this is now. The Galaxy S6 is old news, so phones from that generation are losing update support. Samsung's way of telling you to buy a new phone?
Click to expand...

Not available for me at the moment.
M

DTH Fan said:
Not available for me at the moment.
Click to expand...

It is rolling out only in the UK at the moment.

Incredible_Manu said:
When will get oreo on my A8+??
Click to expand...

First A8 will get then the A8+ model, since A8 firmware is under development and same firmware with modification A8+ will get.
6 More Posts...