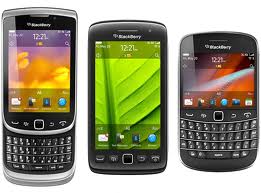 Research In Motion (RIM) on Wednesday announced DoD wide approval for the use of BlackBerry 7 smartphones.

The approval allows all DoD customers to use the following BlackBerry 7 smartphones on DoD networks BlackBerry Bold 9900 and 9930 BlackBerryTorch 9810, BlackBerry Torch 9850 and 9860 and BlackBerry Curve.

“The Army introduced a wide range of new apps and capabilities for their BlackBerry users last year, and these new BlackBerry 7 smartphones will now enable Army users, and all DoD users, to experience an even greater level of performance on new smartphones that include features such as voice activated universal search, Near Field Communications, Augmented Reality, and Social Feeds 2.0 just to name a few,” said Scott Totzke, SVP, BlackBerry Security Group at RIM.
I

Yeah...there maybe android, iphones and anythiing. But Blackberry is Blackberry...