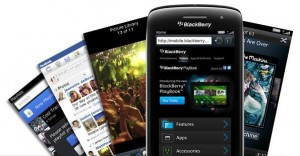 BlackBerry Tag, which will be incorporated in the next BlackBerry 7 OS update, will allow users to share contact information, documents, URLs, photos and other multimedia content by simply tapping their BlackBerry smartphones together. BlackBerry Tag will also enable friends to instantly add one another as contacts on BBM (BlackBerry Messenger).

RIM also announced plans to expose BlackBerry Tag through APIs on the BlackBerry platform, allowing software developers to take advantage of “tap to share” functionality from within their own applications.