Qualcomm Snapdragon 875G, 735G 5nm chipsets to be reportedly made by Samsung 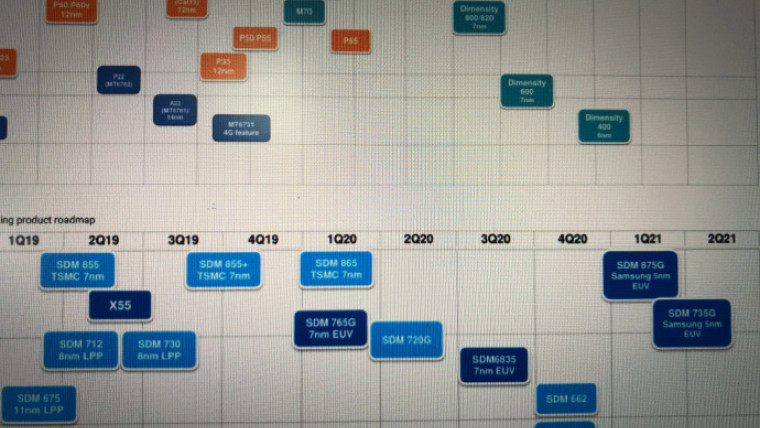 Details about Qualcomm’s next-generation flagship SoC, dubbed the Snapdragon 875, have begun making the rounds. A leaked roadmap slide posted on the Chinese social media platform Weibo (spotted by Wccftech) suggests that the processor will carry the ‘G’ suffix in its name and will be made available in the first quarter of 2021.

The leaked roadmap also hints at the release timelines for other Qualcomm chips. The company is expected to launch a mid-range Snapdragon 735G – based on the same Samsung 5nm EUV node – sometime between the first and second quarters of 2021. In addition to Qualcomm’s offerings, the image suggests that MediaTek will also make its 5G flagship chip based on a 5nm node available in the first quarter of 2021. A 7nm-based Dimensity 600 chipset could also be released sometime in the next few months.

Breaking Qualcomm picks Samsung to make its next flagship Snapdragon 865