Samsung's Windows Phone 7.5-based Omnia M smartphone is now available in India via online shopping site Snapdeal. The Samsung Omnia M has been priced at Rs. 17,990.

Samsung had unveiled the Omnia M in May this year and is supposed to take on Nokia's Windows Phone-based Lumia phones. The design of the Omnia M is reminiscent of its predecessor, the Omnia 7, except that the Omnia M does not have physical Windows home button. There's no word on whether the Omnia M will be updated to the latest Windows Phone 8 OS. 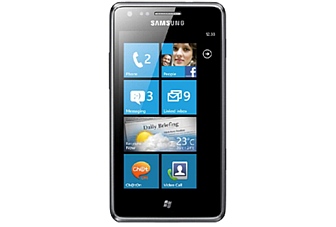 With the new Omnia M, Samsung is set to take on Nokia, which has launched a quite a few Lumia phones in India. The Finnish company recently launched the Lumia 800 and 610 smartphones in the country.