Nokia launches Lumia 800 and 710 in India; due on shelves mid-December

Nokia India today launched the “first true Windows Phone 7 devices”, the Nokia Lumia 800 and 710, which will be stocked on shelves by mid-December. Pricing will also become available then, but for now, the global suggested pricing figures are rough benchmarks - $580 for the Lumia 800 and $380 for the Lumia 710.
For more details about the two Nokia Windows Phones’ specifications, refer to our previous coverage of the Nokia World global launch event. Both devices will run on Windows Phone 7.5 Mango, and you can check out more details about the platform here and here.
Today’s launch in New Delhi, which also had Microsoft India’s WP7 team out of Bangalore and Chairman Bhaskar Pramanik in attendance, did hold some interesting news however, especially about what makes a Nokia Windows Phone different from other Windows Phone devices in the market. We’re talking of strengths apart from ‘Nokia’s reliable hardware, and Microsoft’s cutting-edge software,’ which was the tagline from the partnership.
The Nokia Windows Phones, Lumia 800 and 710, will come with few unique features onboard utilizing many of the Finnish giant’s previous strengths, including superior optics, and a solid battery life. The first of these is Nokia Maps & Drive, or Nokia Drive, which is the company’s Navteq-powered turn-by-turn voice guided navigation system, complete with 3D maps for 750 cities in India, and 50 voice languages, including Hindi. More maps can of course, be downloaded.
Also unique to the Nokia Lumia 800 and 710 is Nokia MixRadio, a new online music streaming, or online radio service with global and local channels, which should launch with the devices. Both Nokia Drive and Nokia MixRadio will be free of cost. Paid Nokia Music Store services will also be available, separately.
Another unique feature is Nokia ContactsTransfer, a utility that will allow users to transfer contacts across devices, and platforms. Relevantly, the Lumia 800 and 710 will come with App Highlights, Nokia’s version of Microsoft’s App Connect, which will recommend applications to users based on personal preferences and usage characteristics. In this case, Nokia’s App Highlights will also be a great place to discover locally relevant apps.
Speaking of India-specific WP7 applications, Nokia and Microsoft representatives disclosed there are currently about 750 such apps already available on the 35K-app strong Live Marketplace, and that both companies’ strong developer base in the country was actively, and excitedly working on creating new ones.
Also notable, was Nokia India’s retail strategy for the WP7 platform, which has become its primary operating system. Nokia India will be selecting 5,000 of its best retail outlets across the country (including Nokia Partner, Priority, and multi-brand stores) for WP7 retail, and giving them a futuristic Nokia Windows Phone “Amazing Everyday” branding. A specialist sales staff will also be trained to provide live demonstrations of the product, with Nokia eager to let users in on the differentiated experience.
Nokia and Microsoft are expectant of an “amazing year” for the new platform, and have a lot of hopes pinned to this “strategic, long term partnership,” with the launch apparently heralding "a new era of mobility." According to D. Shivakumar, MD Nokia India, the Nokia-Microsoft deal on February 11, 2011 changed the face of the mobile world, forcing manufacturers to re-evaluate their OS strategy, making a tongue-in-cheek reference to Google's acquisition of Motorola as one of the effects. Interestingly, come launch day, every single Nokia India employee will display their pride for the new devices, by being at hand at retail stores, selling the devices themselves.
We had a short time with the Lumia 800 and 710 themselves, and came away impressed by the build quality of the two phones, the speed of the WP7.5 interface, and the Nokia Drive navigation system onboard. We were also told about a few interesting hardware features of the Nokia 800 – its polycarbonate unibody has inherent colour, an industry first that will reduce the visibility of unsightly scratches; as well as its special curved 3.7-inch display, which had no layer of air separating the glass and display, allowing for better touch sensitivity and images that almost jump out of the screen. 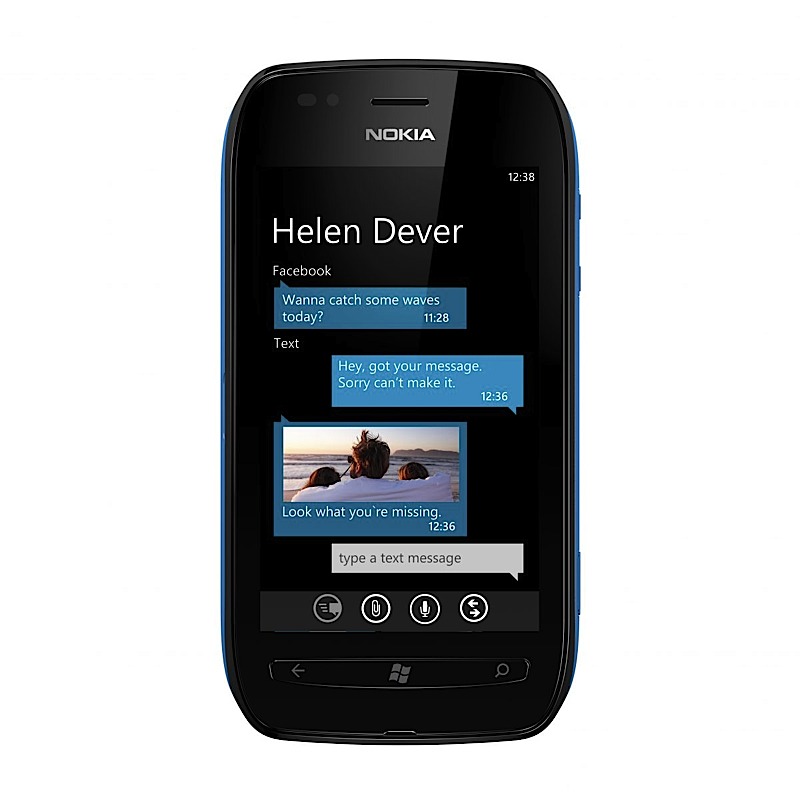 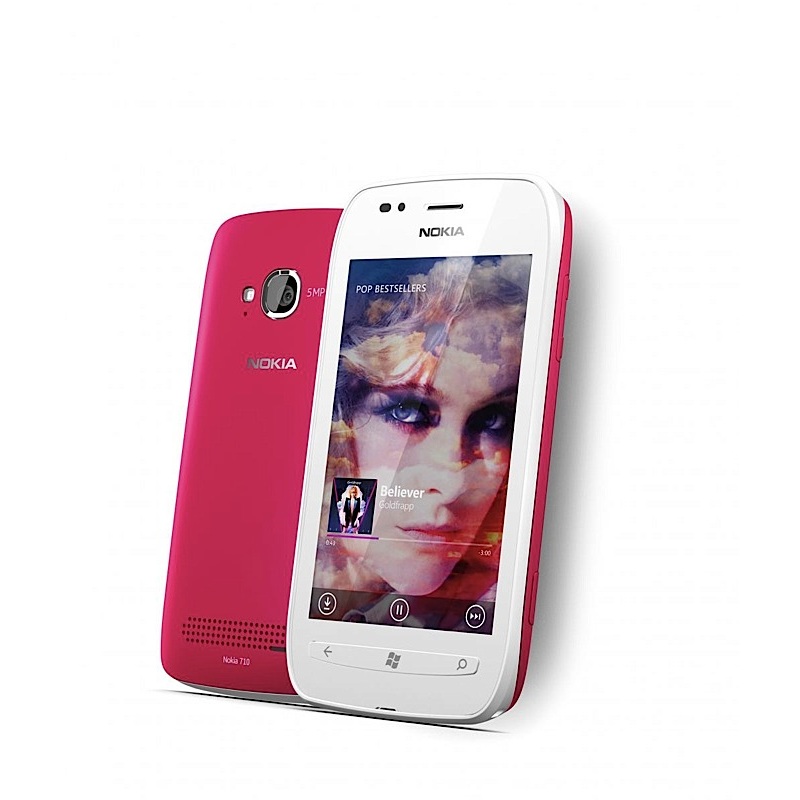 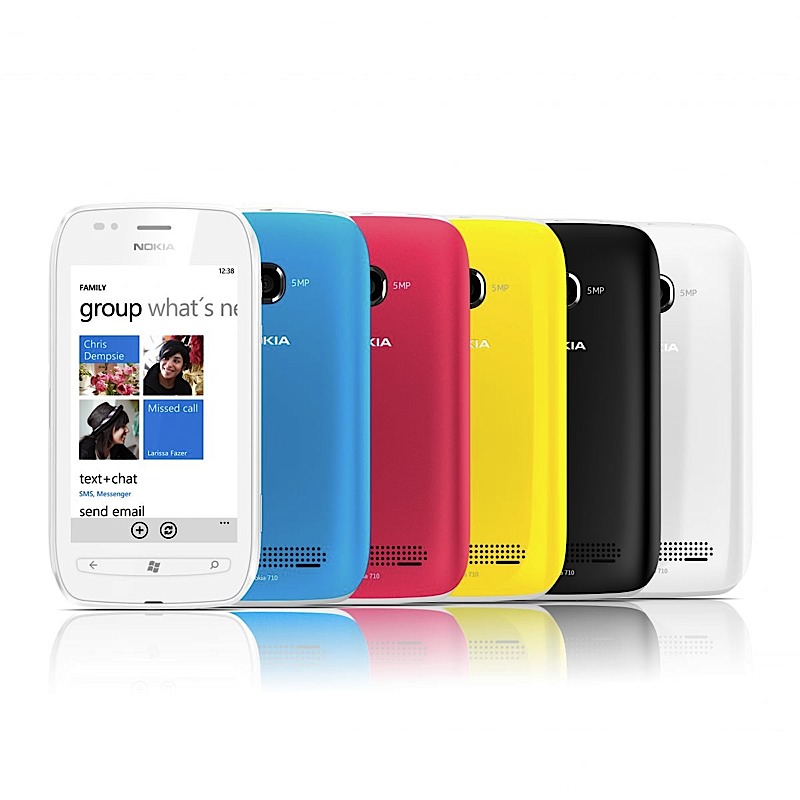 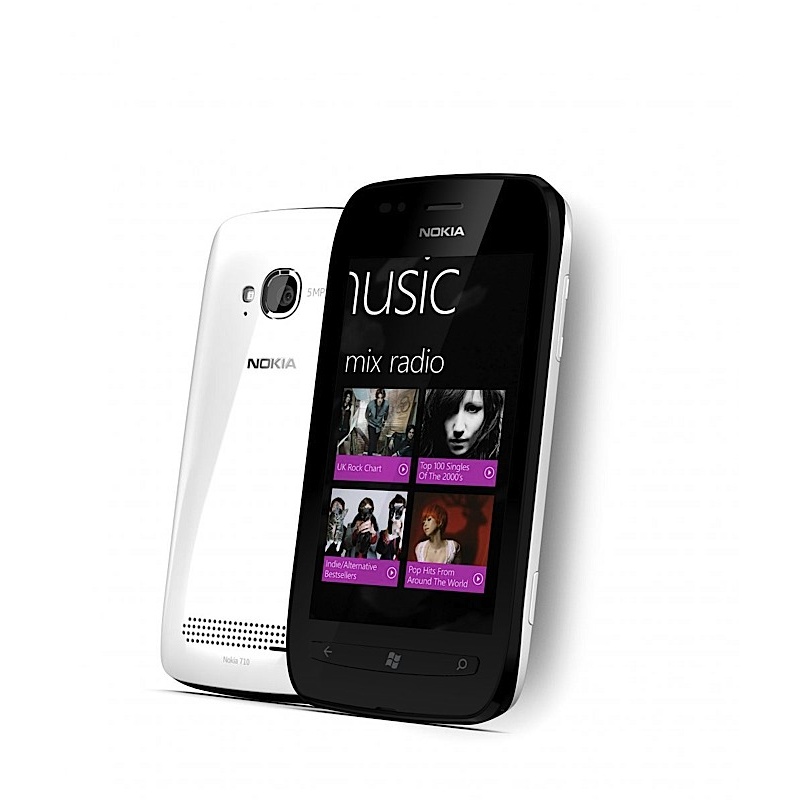 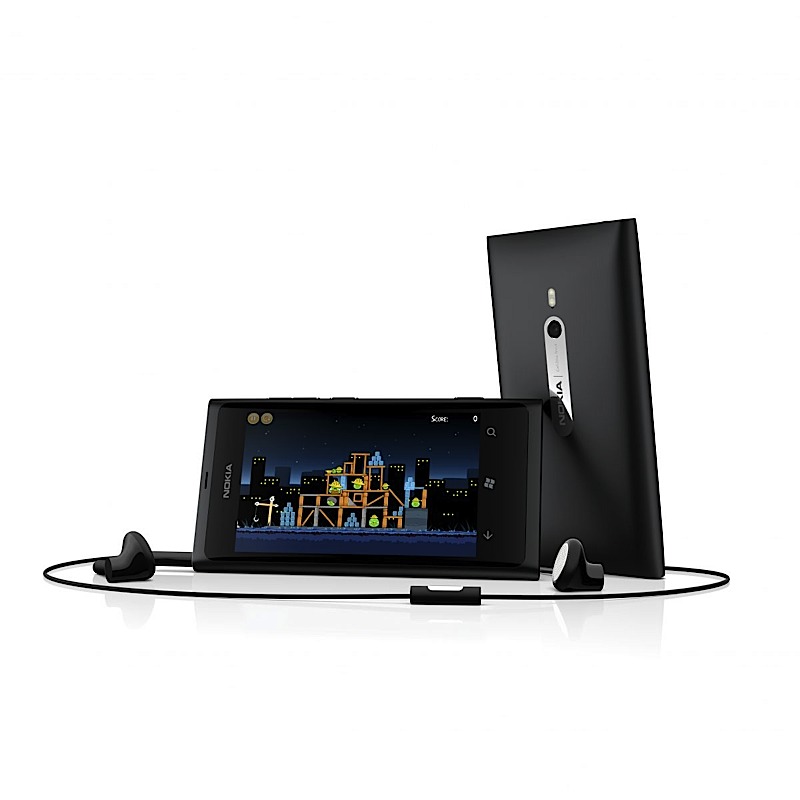 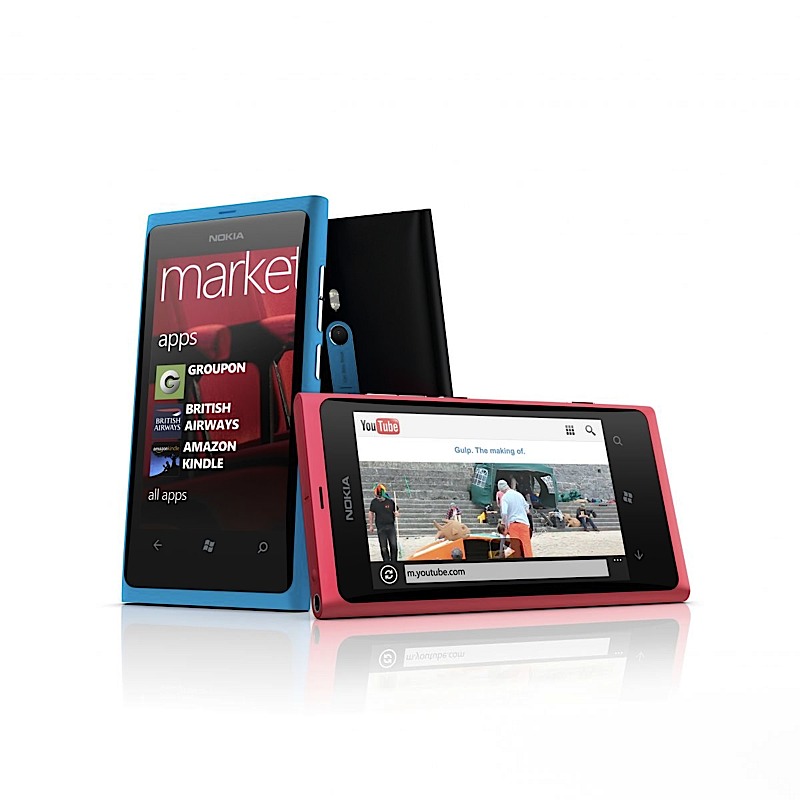 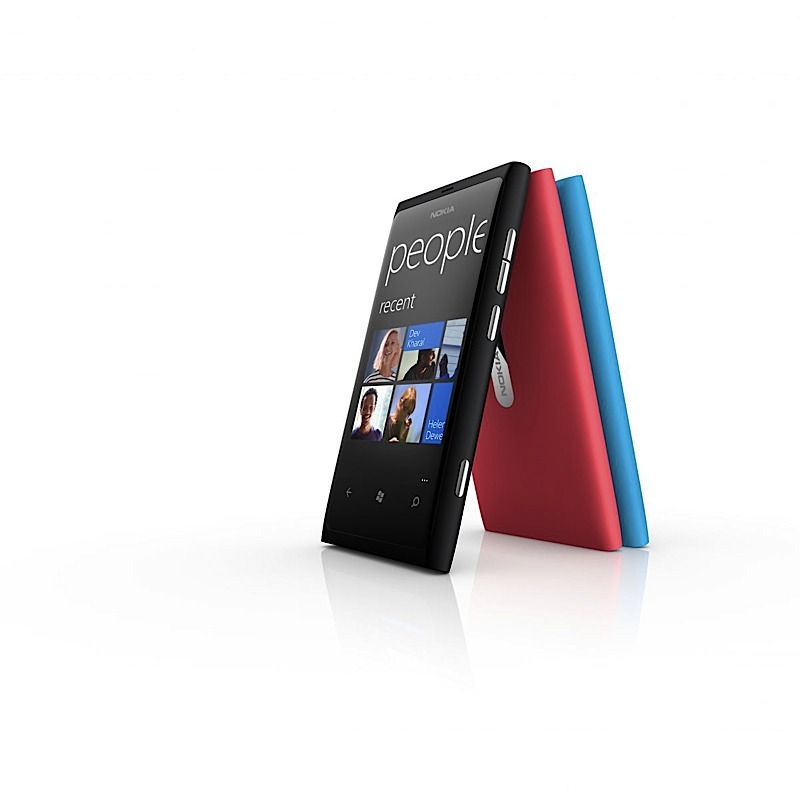 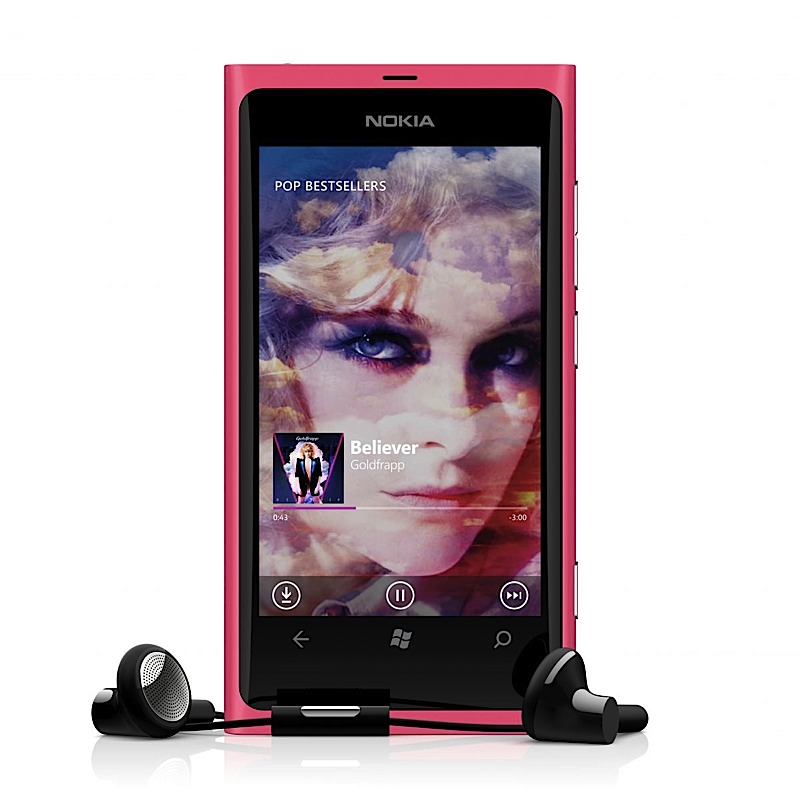