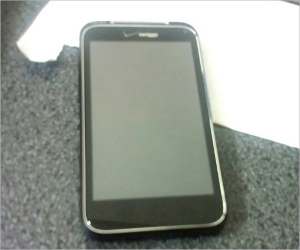 Last month Google Android's senior vice president Andy Rubin confirmed that the next Nexus smartphone will most likely be out by the end of the year. Recently, an image of the purported Nexus 3 smartphone created a buzz on the web and theories about a button-less Google Android device starting rolling. It turns out that the leaked image of a new Nexus device is fake and is actually of the Verizon branded HTC Incredible S.

This may disappoint several enthusiasts. The leaked Nexus 3 image was doctored using image editing software. However, looking at the design of Nexus S and other high end Android smartphones, we won't be surprised if there are no physical buttons on the front panel of the device. Google had announced an Android 2.4 Ice Cream Sandwich update, which is most likely to debut with the next Nexus device at the end of the year.

Mystery shrouds the hardware that would be used for the next Nexus. Enthusiasts anticipate a dual-core mobile processor along with more storage, a better camera and a Near Field Communication chip. There's no word on which mobile manufacturer would be teaming up with Google this time and our bets are on HTC and Motorola.