Kolkata as a city has been undergoing rapid development in all spheres in the recent few years. From the amazing new architectural structures at Rajarhat to welcome everyone to the city to the undisputed feat of having under the river bed metro across to the twin city of Howrah. 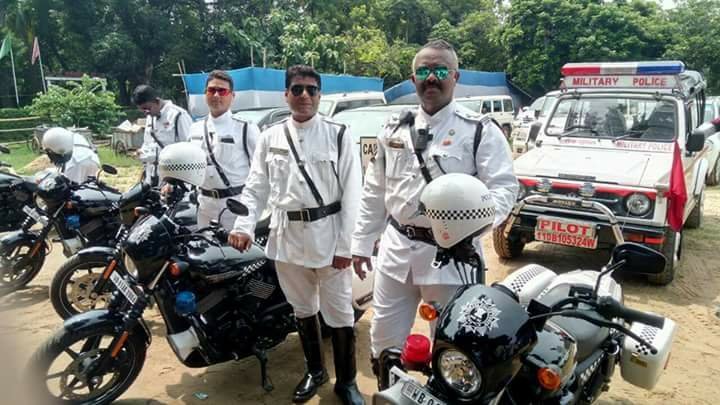 Yes, you read that absolutely right. The Kolkata Police is in the process of slowly phasing out the age old iconic Royal Enfield motorcycles and in this process, they have inducted a fleet of 12 Harley Davidson Street 750 in their herd of motorcycles. 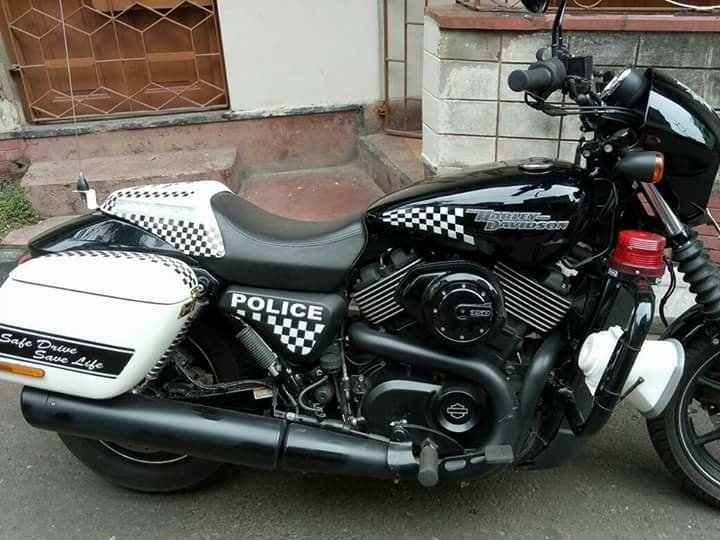 Customized to meet the needs of the Kolkata Police.

The Kolkata Police Harley Davidson Street 750 used by the cops get many additions. The motorcycles get hard saddlebags, flashers on each side and sirens. The motorcycles also get pillion seat cowls that make the motorcycle good for only single-riders. There are chequered graphics on the body too.

To stay in touch with the control room, the Harley-Davidsons also get inbuilt radios with antenna sprouting out from the tail of the bikes. The visor gets the Kolkata Police emblem too.

So, Why the sudden upgrade to Harley Davidson Motorcycles? 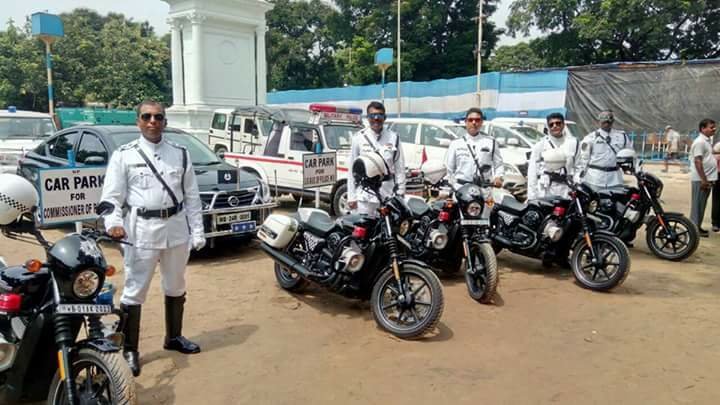 but they will do what Didi tell them to do.

100-150 CC is already underpower for our overweight police officers so atleast extra power of this bike will be able to carry our Police.
I