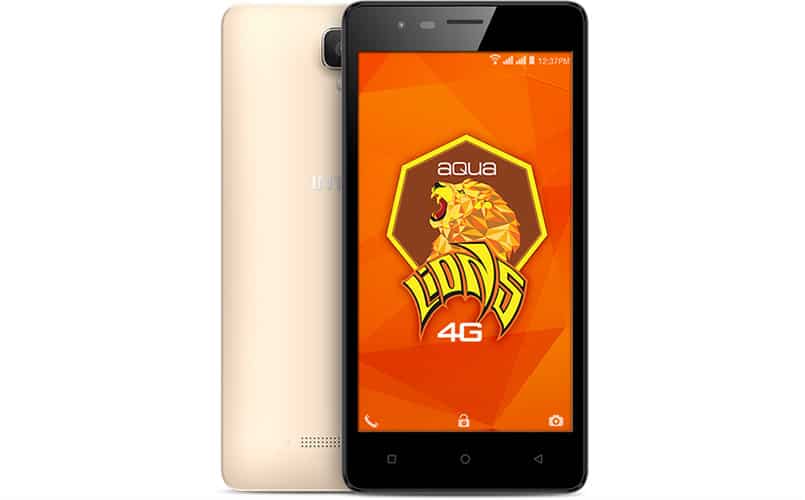 After launching Intex Aqua 4.0, Aqua Crystal and Aqua Supreme+ 4G smartphones last week, Intex has now launched the Aqua Lions 4G. The smartphone is priced at Rs 5,499 and will be available in gray and champagne gold color. Though the smartphone is listed on the company’s official website, information about its availability is not known at the moment.

On the camera front, the smartphone comes with a 5-megapixel rear camera with auto focus and LED flash. Other features of the camera includes HDR, Face Detection, Panorama, and GIF creation. Up front, there is also a 2-megpixel front camera for video calling and selfie. Armed with a 2,000mAh Li-ion battery on board, Intex claims that the smartphone is capable to deliver up to 350 hours of standby time and up to 8 hours of talk time.

With a price tag of Rs 5,499, the Intex Aqua Lions 4G will face competition from the likes of Lava A72 and Reliance Digital LYF Wind 7s . Lava’s smartphone sports a 5-inch display with Corning Gorilla Glass protection and is powered by 1.5GHz quad-core processor coupled with 1GB of RAM. Also on offer is 8GB internal memory which can be further be expanded up to 32GB via a microSD card. The smartphone sports 5-megapixel rear and selfie cameras. Both the cameras have LED flash. The Lava A72 is powered by 2,500mAh battery.

On the other hand, the Reliance Digital LYF Wind 7s features 5-inch HD (1280×720 pixels) IPS display, and is powered by a 1.3GHz Qualcomm Snapdragon 210 paired with 2GB of RAM. The smartphone come with 16GB inbuilt storage capacity, which can be further expanded up to 128GB with a microSD card. On the camera front, there is an 8-megapixel rear camera, and a 5-megapixel front-facing camera. The smartphone which is fuelled by a non-removable 2,250mAh battery.