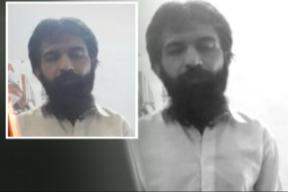 New Delhi: An Indian national was arrested on Sunday from Islamabad's F-8 area for not carrying complete travel documents. A case has been filed against him under Article 14 of the Foreign Act, PTI quoted Samaa TV as reporting. He has been sent to jail on judicial remand, the report said.

The arrested Indian national has been identified as Sheikh Nabi, a Mumbai resident. Nabi has been booked under the Foreigners Act, 1946. Islamabad Police have obtained a 14-day judicial remand of Nabi.
Sources told CNN-News18 that Indian High Commission learned of Nabi's arrest only through media reports, and no official intimation has been made to them as yet.

The arrest comes days after Indian national Kulbhushan Jadhav's death sentence - awarded by a Pakistani military court in April - was stayed by the International Court of Justice (ICJ) at The Hague. India had asserted that Jadhav was arrested from Iran, where he had been conducting business, while Pakistan claimed to have arrested him from the restive Balochistan province for anti-national activities.


Indian National Arrested in Pakistan for Not Carrying Travel Documents