Huawei has officially launched the Huawei Honor in India, along with an updated version of the Huawei Ideos X5, priced at Rs. 19,990 and Rs. 13,800 respectively. The devices both run on Android 2.3 Gingerbread, however, the Huawei Honor will get an upgrade to Android 4.0 ICS soon.

The Huawei Honor was first shown off back in September last year, boasting of a 1.4GHz single-core processor, a 4-inch FWVGA (480x854 pixel) 16M colour capacitive touchscreen, 512MB of RAM, and comes with a large 1,900 mAh battery expected to deliver 9 hours of talk time, and 10 hours of continuous video playback.

Other features of the Huawei Honor include an 8MP autofocus camera supporting HDR and 720p HD video recording, a 2MP front-facing camera, 4GB of built-in storage expandable up to 32GB via microSD, stereo FM radio with RDS, a document viewer, a photo editor, a gyroscope for gaming, a digital compass, GPS with A-GPS, a proximity sensor, Bluetooth v2.1 with A2DP and EDR, and Wi-Fi 802.11 b/g/n with DLNA and Wi-Fi hotspot functionality.

The Huawei Honor weighs in at 140 grams, and is 10.9mm thick. It will ship with Data Traffic Manager app, to help users budget out their data consumption.

The Ideos X5 bears a 5MP rear camera with LED flash and 720p HD video recording support, and a 1,500 mAh battery that is rated to deliver 8.33 hours of talk time, and 380 hours of standby time. Bluetooth 2.1 with EDR and A2DP, Wi-Fi 802.11 b/g/n with hotspot, and GPS with A-GPS are some of the other connectivity options. 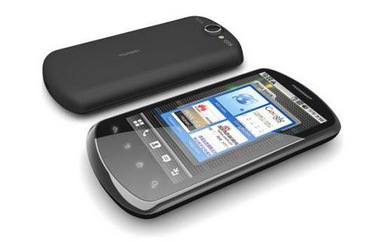