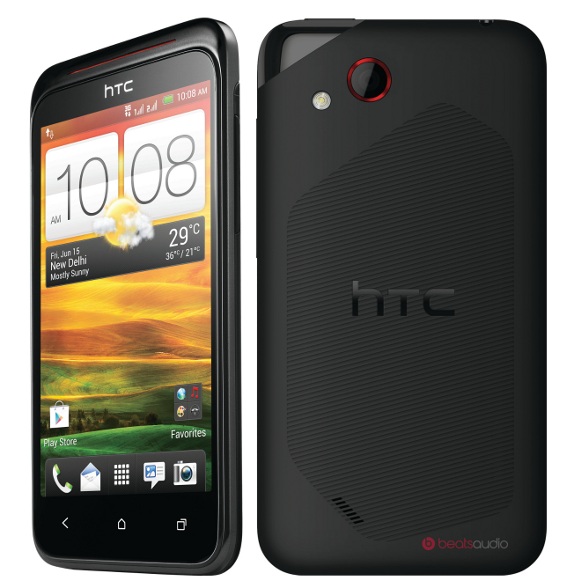 HTC has officially launched the Desire VC in India in partnership with TATA DOCOMO. It is a Dual SIM (CDMA EV-DO and GSM) phone . It went on sale from online retailers earlier this week. The specs are similar to the Desire V including, 4-inch (480 x 800 pixels) capacitive touch screen display, 1GHZ single-core processor. It runs on Android 4.0 (Ice Cream Sandwich) with HTC Sense 4.0 UI.

It has 5MP auto focus camera with LED flash and has Beats audio support. Other features include, 512 MB RAM, 4GB internal memory, expandable memory up to 32GB with microSD.

The HTC Desire VC is priced at an MRP of Rs.23,300 while the MOP (Best Buy) price would be Rs 21,999. It also comes with voice and data offers for Tata DOCOMO post pay and pre pay CDMA and GSM customers.