Google's AR heads-up display glasses to be launched this year 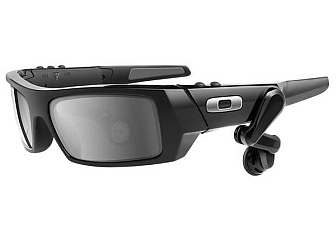 According to a recent NYT report, the Google heads-up display glasses we’d seen a couple of weeks ago will be launched by the end of the year. Expected pricing of the augmented reality spectacles are around the same as a smartphone, and could be anywhere between $250-600.

The report, citing Google employees, reinforces previous rumours, claiming the Google HUD glasses will run on Android, and use head movements for UI navigation. It will feature an in-built camera for augmented reality, as well as GPS and motion sensors. 3G connectivity will also be built in, and probably 4G connectivity in some models.

As can be expected, Google will probably integrate its other location-based and augmented reality services into the HUD glasses, such as Latitudes, Maps, and Goggles. Sergey Brin is reportedly one of the key leaders of the project, which initially will not be marketed majorly commercially, and could simply retain an almost experimental status, perhaps like the Chromebook.

Hahaha...When the previous news report was posted, the glasses had litrerally written Google on Them...this one seems better !

G
Google planning to continue with 64-bit App's in playstore from August , 2019