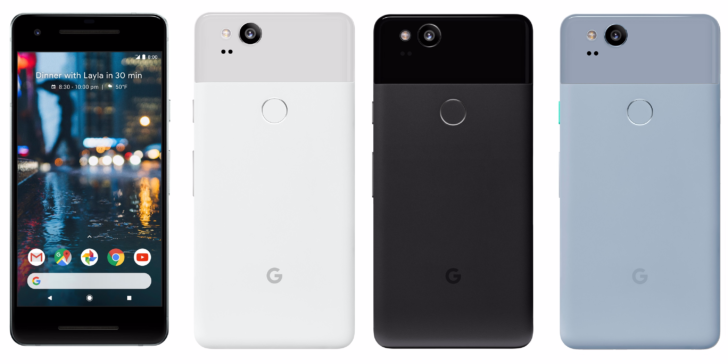 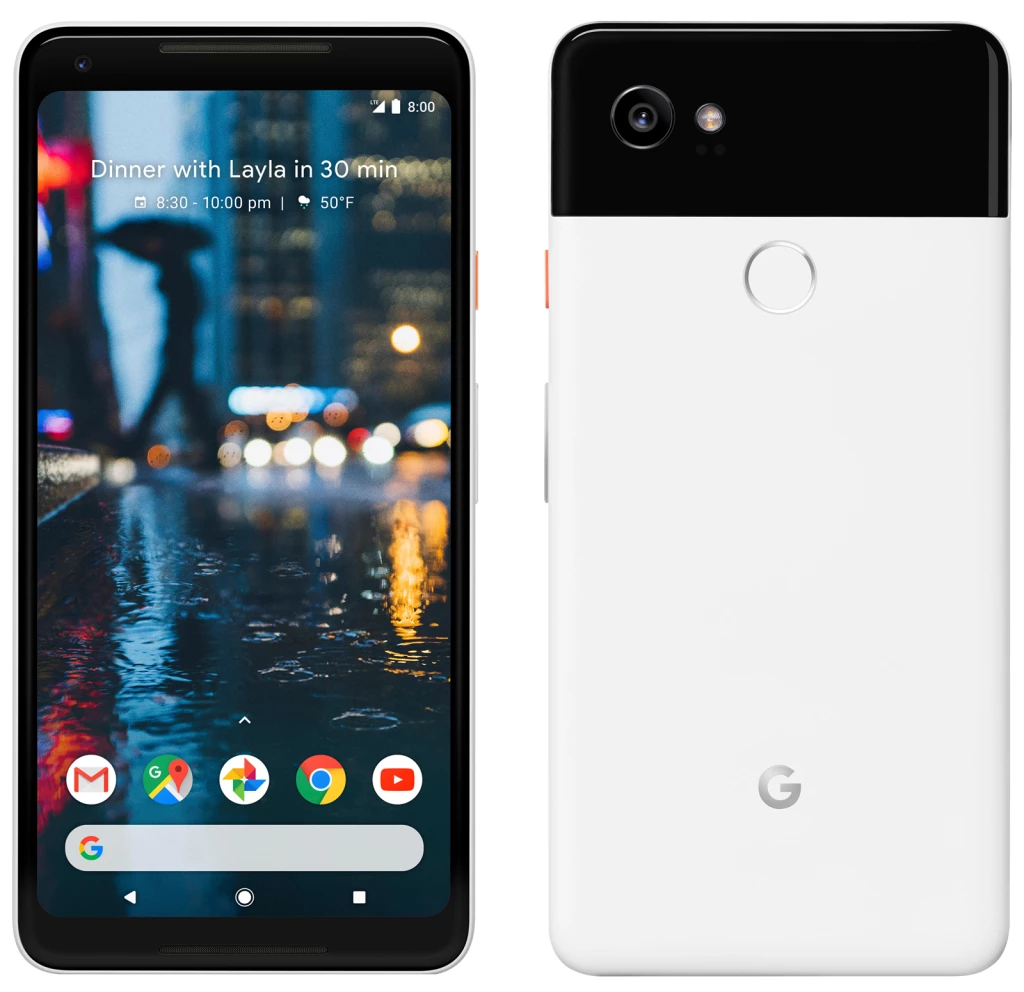 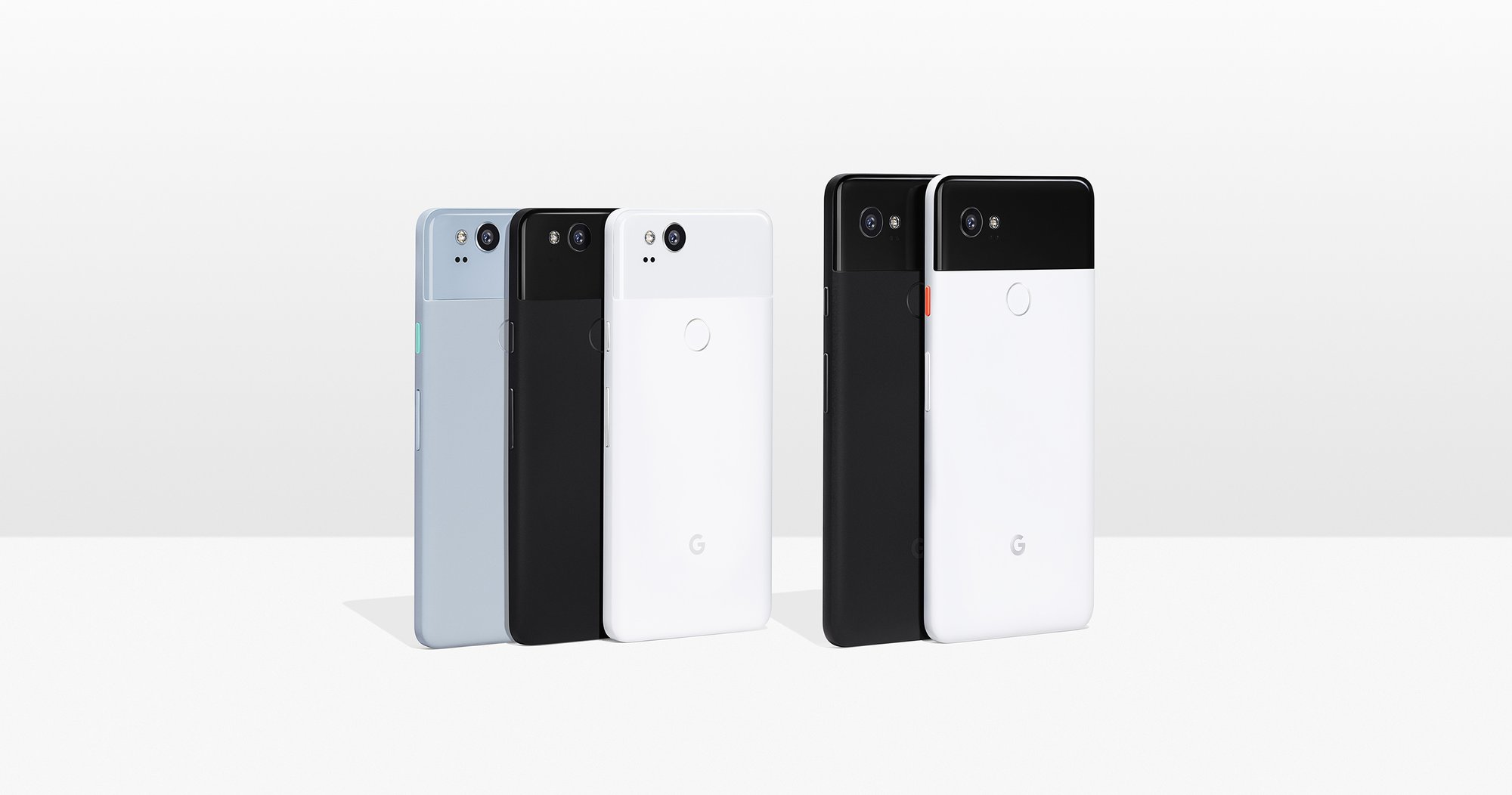 Pixel 2 comes in two sizes, with the same great features in both. There’s the 5-inch Pixel 2 with a crystal-clear cinematic OLED display, which comes in Just Black, Clearly White and Kinda Blue. The 6-inch Pixel 2 XL has a razor-sharp pOLED 18:9 display which allows us to create a full screen, immersive viewing experience, and comes in Just Black and Black & White.

Both phones are powered by Android 8.0 Oreo and come with an always-on display which lets you see notifications at a glance on Pixel’s screen without having to touch the power button. The new Now Playing feature, exclusive to Pixel, shows you what song is playing around you. With your permission it matches music to a database of thousands of songs that’s stored on your device, without sending any information to Google.

Alongside Pixel we’re launching new cases and accessories. That includes our customizable Google Live Cases, and a range of other cases, cables, headphones and more from over 25 partners in our “made for Google” program. The "made for" products will feature a badge on the packaging so you know they've been certified to meet Google's compatibility standards.

Pixel 2 and Pixel 2 XL are available for pre-order today starting at $649 in the U.S. Both products are also available in Australia, Canada, Germany, India and U.K. We’ll be bringing Pixel 2 XL to Italy, Singapore and Spain later this year. In the U.S., we’re teaming up with Verizon to make Pixel available nationwide at all Verizon retail outlets as well as at Best Buy stores. Pixel is also being offered on the Google Store. And Project Fi fans will be happy to know that Pixel also works on the Fi network.
Click to expand...

While phones have come a long way over the years, there’s one thing that hasn't changed: you still need to insert a SIM card to get mobile service. But on the new Pixel 2, Project Fi is making it easier than ever to get connected. It’s the first phone built with eSIM, an embedded SIM that lets you instantly connect to a carrier network with the tap of a button. This means you no longer need to go to a store to get a SIM card for wireless service, wait a few days for your card to arrive in the mail, or fumble around with a bent paper clip to coax your SIM card into a tiny slot. Getting wireless service with eSIM is as quick as connecting your phone to Wi-Fi.

You’ll see the option to use eSIM to connect to the Project Fi network on all Pixel 2s purchased through the Google Store or Project Fi. If you’re already a Project Fi subscriber, simply power up your Pixel 2 to begin setup. When you’re prompted to insert a SIM card, just tap the button for SIM-free setup, and we’ll take care of the heavy lifting.

For now, we’re piloting eSIM on the newest Pixel devices with Project Fi. We look forward to sharing what we learn and working together with industry partners to encourage more widespread adoption.
Click to expand...