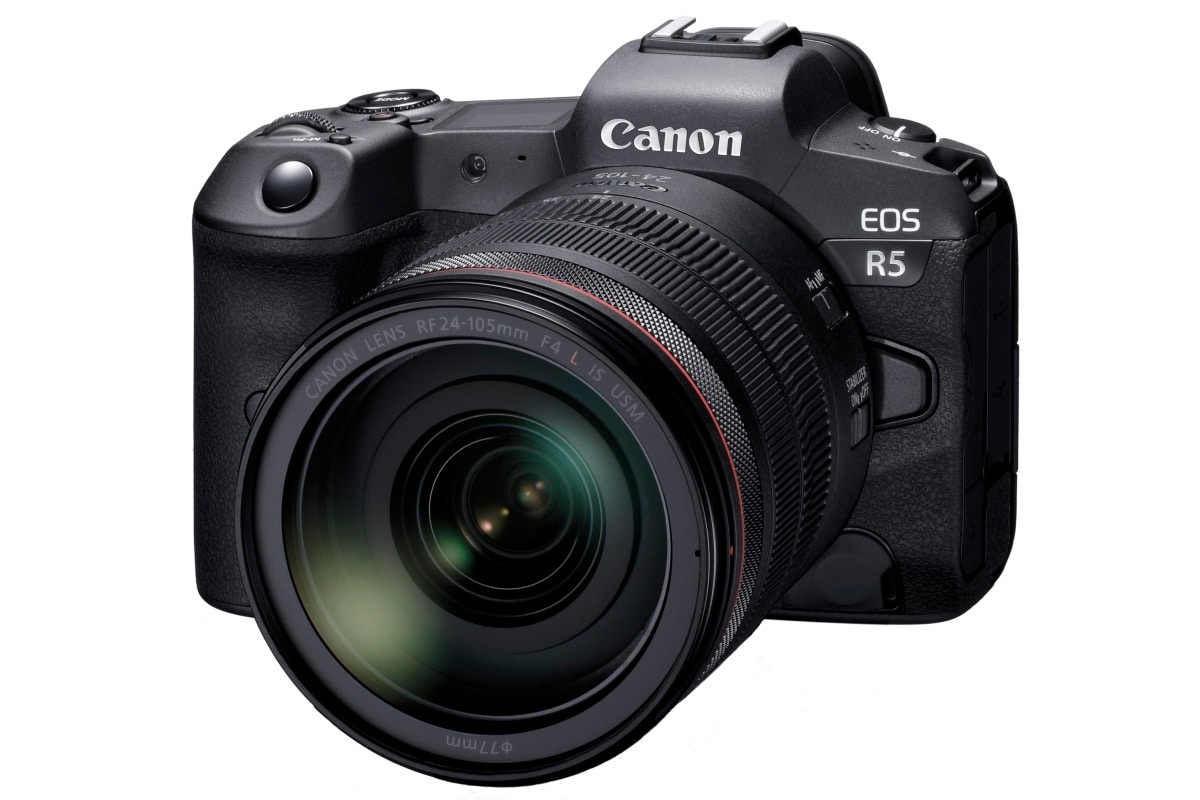 Canon EOS R5 has been launched as the company's anticipated flagship mirrorless camera. The new model, which has debuted after months of being in teasers, features an all-new 45-megapixel full-frame CMOS sensor. In addition to the EOS R5, Canon has brought the EOS R6 as its new mirrorless camera to take on the Nikon Z6, Panasonic S1, and Sony A7 III.

The Canon EOS R5 price in India is set at Rs. 3,39,995 (body only), while the Canon EOS R6 carries a price tag of Rs. 2,15,995 (body only). Both new models will be available for purchase in the country through Canon Image Squares and authorised retailers starting August.

The Canon EOS R5 is primarily designed for people who're looking for a top-notch mirrorless camera with up to 8K video recording support. The camera has the 45-megapixel sensor that's touted to deliver better dynamic range over what you would get on the EOS R. There is also support for continuous shooting at up to 12fps using the mechanical shutter or 20fps with the electronic shutter. Under the hood, there is the Canon's Digic X image processor that supports an ISO range of 100-51,200, which is expandable to as high as ISO 102,400.

The Canon EOS R6 has some similarities with the EOS R5. However, it doesn't have the premium 45-megapixel sensor but the 20.1-megapixel full frame CMOS sensor. There is also 4K video recording support at up to 60fps over 8K offering available on the EOS R5. Nevertheless, you'll get the same Digic X processor, Dual Pixel CMOS AF II autofocus technology, and in-body image stabilisation. The camera also includes dual card slots that both accommodate SD memory cards. You'll get an ISO range from 100-102,400, which is expandable further to ISO 204,800. There is the same burst shooting support that's available on the EOS R5. This means that you can continuously shoot at up to 12fps using the mechanical shutter or 20fps with the electronic shutter.