BSNL, MTNL subscribers are not switching over to private players: Government 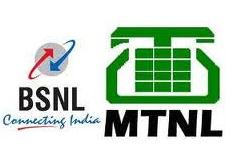 The government on Wednesday said that the subscribers of state owned BSNL and MTNL are not switching over to private players due to poor mobile network and unsatisfactory telecom service in various states.

“In case of Mobile, only 0.6% of total subscribers have ported out (net) of BSNL till June 2012 whereas in case of MTNL, this figure is 1.79%”, said Milind Deora, minister of State in the Ministry of Communication and Information Technology while replying to a question in Lok Sabha.

He however admitted that subscribers sometimes face problems with regard to the quality of Service (QoS).

He said BSNL and MTNL are, in general, meeting the QoS benchmarks prescribed by Telecom Regulatory Authority (TRAI).

TRAI has been monitoring Quality of Service (QoS) of various telecom services through quarterly performance monitoring reports. The performance against the parameter of mobile coverage is assessed through drive tests.

He said an operator assisted drive test of BSNL network in select cities and of MTNL network in Delhi and Mumbai was conducted by the Independent agency engaged by TRAI to audit and assess the quality of service during the quarter ending March 2012.

TRAI has been monitoring the performance of Service Providers against the benchmarks given for the various parameters laid in Quality of Service Regulations through Quarterly and Monthly Performance Monitoring Reports.