BSNL Broadband To Upgrade The Bandwidth 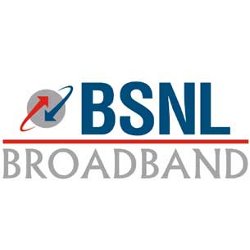 Good news for BSNL Broadband subscribers. After a LONG time BSNL is readying to upgrade the bandwidth for some plans.

In 2007 BSNL last upgraded their bandwidth from 256 kbps to 2 Mbps for their ADSL based broadband services.

This announcement comes as BSNL is facing stiff competition from other national and local players in market.

Airtel and Reliance being a national ISP is giving very much competition to BSNL broadband.In Hyderabad fibre based ISP Beam Telecom offers more than 10 Mbps download speed in some plans.

The Hindu reports that BSNL will upgrade the bandwidth in some selected home plans with monthly rental of Rs. 625 and Rs. 750 in Andra Pradesh circle. It has been known that to address the net decrease of broadband subscribers BSNL AP circle sent proposals to double the existing speeds have already been sent, and the customers can expect the results soon.

Samadhaan scheme for settlement of disputes in respect of Broadband usage has been extended up to March 31 next year, to retain customers planning to migrate to other connections.