At least five persons were injured after a foot overbridge near a train station in south Mumbai collapsed Thursday evening, police said.

"Foot over bridge connecting CST platform 1 north end with B T Lane near Times of India building has collapsed. Injured persons are being shifted to hospitals. Traffic affected. Commuters to use alternate routes. Senior officers are on spot, Mumbai police tweeted.

Endgame said:
I used that bridge on 26th Feb, 2 weeks ago.
Click to expand... 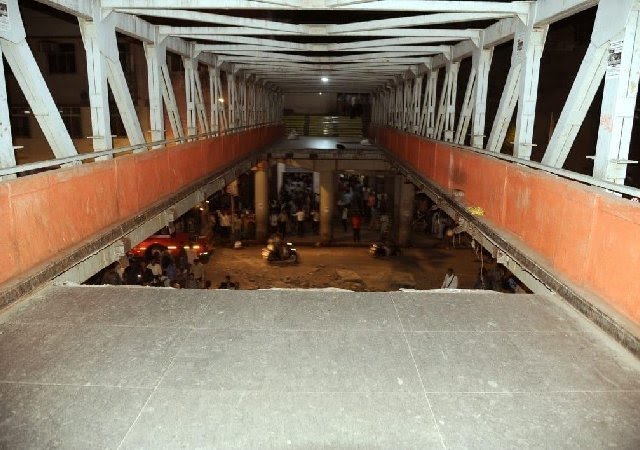 Thanks bro for the caution. But I don't stay at Mumbai, I was there for some work-cum-tour.
But there's something with my every Mumbai visit. Last time I visited was in Aug'17, detained by Police at Elphinstone road station (now Prabhadevi) for boarding vendor compartment.
Soon after, the infamous stampede happened.

How long old bridge this guys ??

Is this bridge structure by British or India , Bros?

All bridges are made by British govt...

Now all over mumbai new bridge construction going on...

In one news channel seen its mistake of bulldozer.

Who is working for bridge and accidentally its touch the bridge..