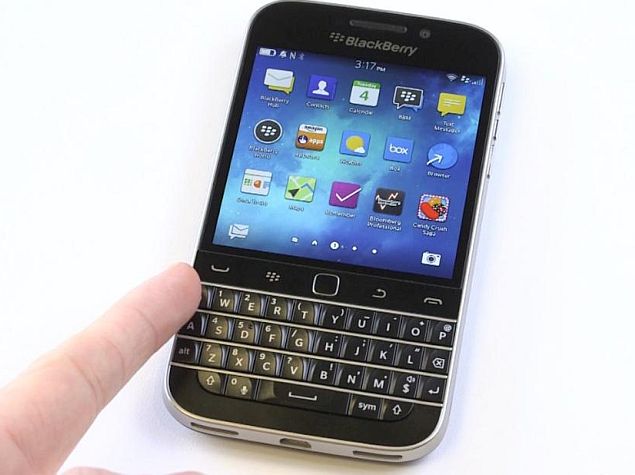 BlackBerry on Tuesday announced an
upcoming BlackBerry 10 (BB10) OS
update, version 10.3.2, which will be
hitting the entire range of BlackBerry 10
devices over the coming weeks.

The Canadian company also announced
an update for its BlackBerry Blend servic
that allows users to access information
from their BlackBerry smartphone on
Android or iPad tablets, or on Windows o
OS X based laptops, and desktops,
bringing it to version 1.2.

Announcing the update via its official
blog, the company revealed that the
availability of the new BlackBerry 10.3.2
update is subject to carrier approvals.
The company explains that once the new
update is available on a carrier's
network, consumers will start receiving a
notification in the BlackBerry Hub about
10.3.2 update.

The BlackBerry 10.3.2 update brings new
features such as the anti-theft protectio
in BlackBerry Protect that allows users to
disable the device if it's lost or stolen,
ensuring that no one can wipe and
reactivate the BlackBerry device. The
update also brings various improvement
for the camera such as low light
performance enhancements, improved
face-detection and reduced blur caused
by motion. With the upgraded camera
software, users will be automatically
recommended modes and settings.

The updated BlackBerry Calendar app
adds a new Meeting Mode option that
automatically sets phone to quiet mode
during meetings. BlackBerry users can
also customise the feature to work best
for specific types of events. With the
update, users can easily access private
browsing from the tabs menu and also
use Reader Mode Voice Support to have
website content read out loud. The
company also adds that the 10.3.2
update boosts battery life by up to 15
percent by customising Power Saving
Profile.

The BlackBerry 10.3.2 update for users
not using BlackBerry Passport or
BlackBerry Classic brings updated icons
and an improved action bar as well as
the Amazon Appstore for Android, while
adding BlackBerry Blend and BlackBerry
Assistant, as well as impoverishments to
BlackBerry Hub, and more. The updated
BlackBerry Blend 1.2 introduces a new
user interface. The company touts that
the new interface is based on customer
feedback. New features are added to
Blend service with the update include the
addition of spell check, ability to reply
directly from within Blend notification
pop-ups, and visual enhancements to
file transfers.

Blackberry Phones to make a comeback in 2021