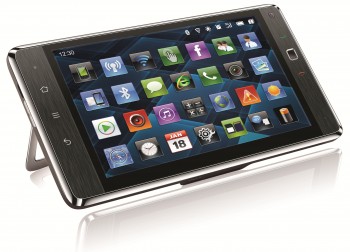 Shower of low cost tablets continues as Beetel Teletech, a part of Bharti Group has announced their second Android powered tablet for masses. Named as Magiq II it is a stripped down version of original Magiq tablet. The Android 2.2 powered Magiq II is priced at Rs. 9799.

Unlike original Magiq which has 1 GHz processor, Magiq II has 768 MHz Snapdragon processor. Magiq II also does not have any internal memory, but ships with 8 GB microSD card free. microSD slot is hot swappable. Other details including the looks are almost similar.

It features 3G and WiFi for ready to go data connectivity. Just pop the SIM in the slot and you can make calls, send and receive sms and can connect to internet. It is expected that Airtel will offer similar 2 GB data on 2G or 3G networks for 2 months with this tablet too. For applications, Beetel Magiq II connects to Google Android Market for thousands of paid and free apps. It equips with dual camera – front and rear, comfy stand, trackpad, stereo speakers and 3.5 mm audio jack. 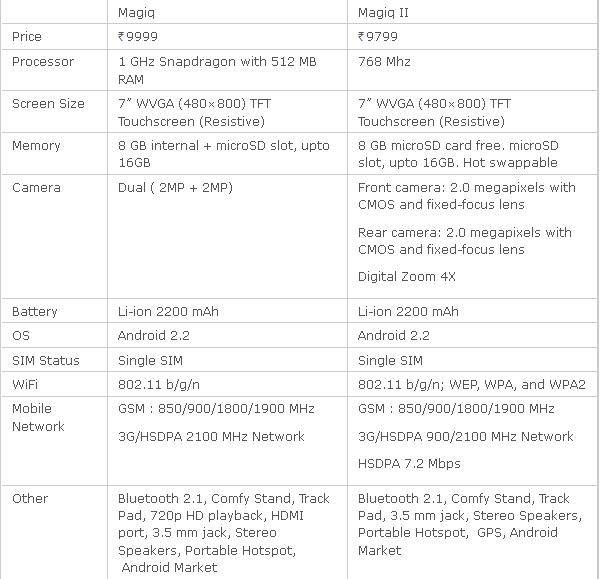