Anil Kumble steps down as Indian cricket team's head coach..
Today was the last day of Anil Kumble's contract and he does not want to continue further as Indian team's coach.
Crisis brewing as team India left for WestIndies from London without Kumble

Earthquake may explode after this He made a good decision.
J

Anil Kumble withdraws from the post of Head Coach of the Indian Cricket Team - News - BCCI.tv 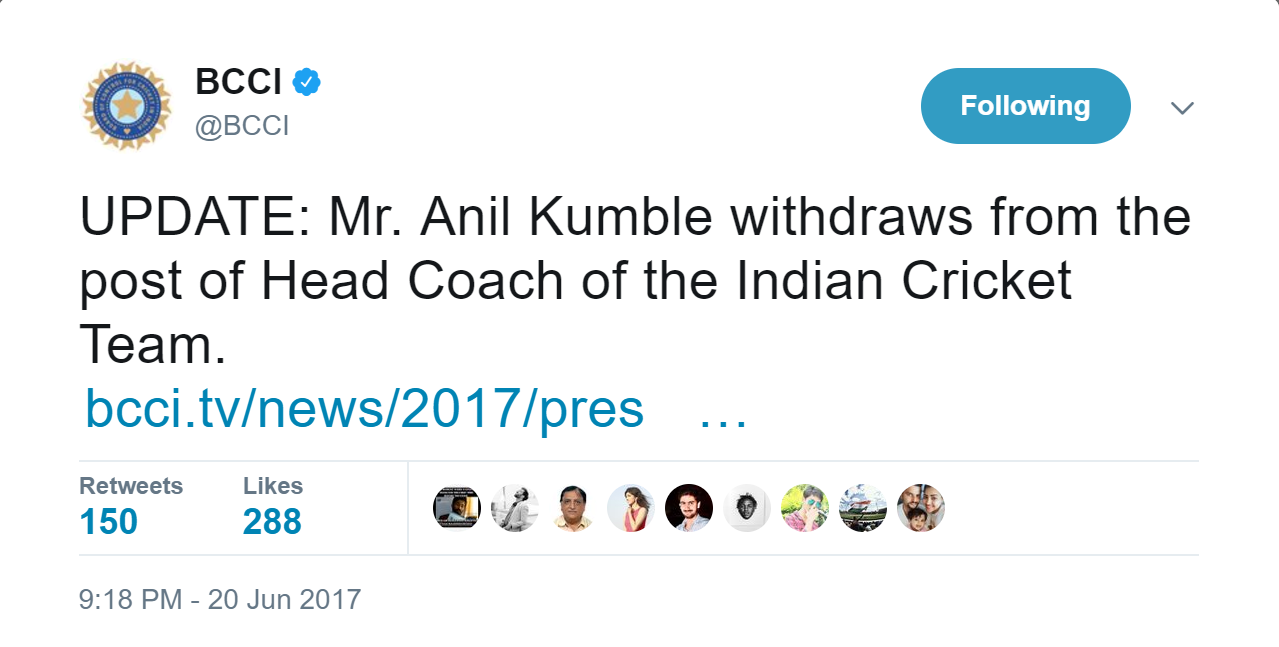 Anil Kumble has stepped down as India coach, four days before the limited-overs tour of the Caribbean begins.

The decision comes less than a month after it emerged that players, including captain Virat Kohli, had told BCCI officials that they were uncomfortable with the "intimidating" style of Kumble's man management. As a result, despite India's success in Kumble's year in charge, the board advertised for fresh interviews for the head-coach's position instead of extending his contract.

It is understood that, on Monday, before Kohli departed for the Caribbean, he met the BCCI's top brass along with Kumble in London. The meeting was attended by BCCI secretary Amitabh Choudhary, board chief executive officer Rahul Johri and MV Sridhar, general manager of cricket operations. The meeting was necessitated after the three-member cricket advisory committee (CAC), charged with finalising who will be coach, informed the BCCI that it had failed to resolve the impasse between Kohli and Kumble. 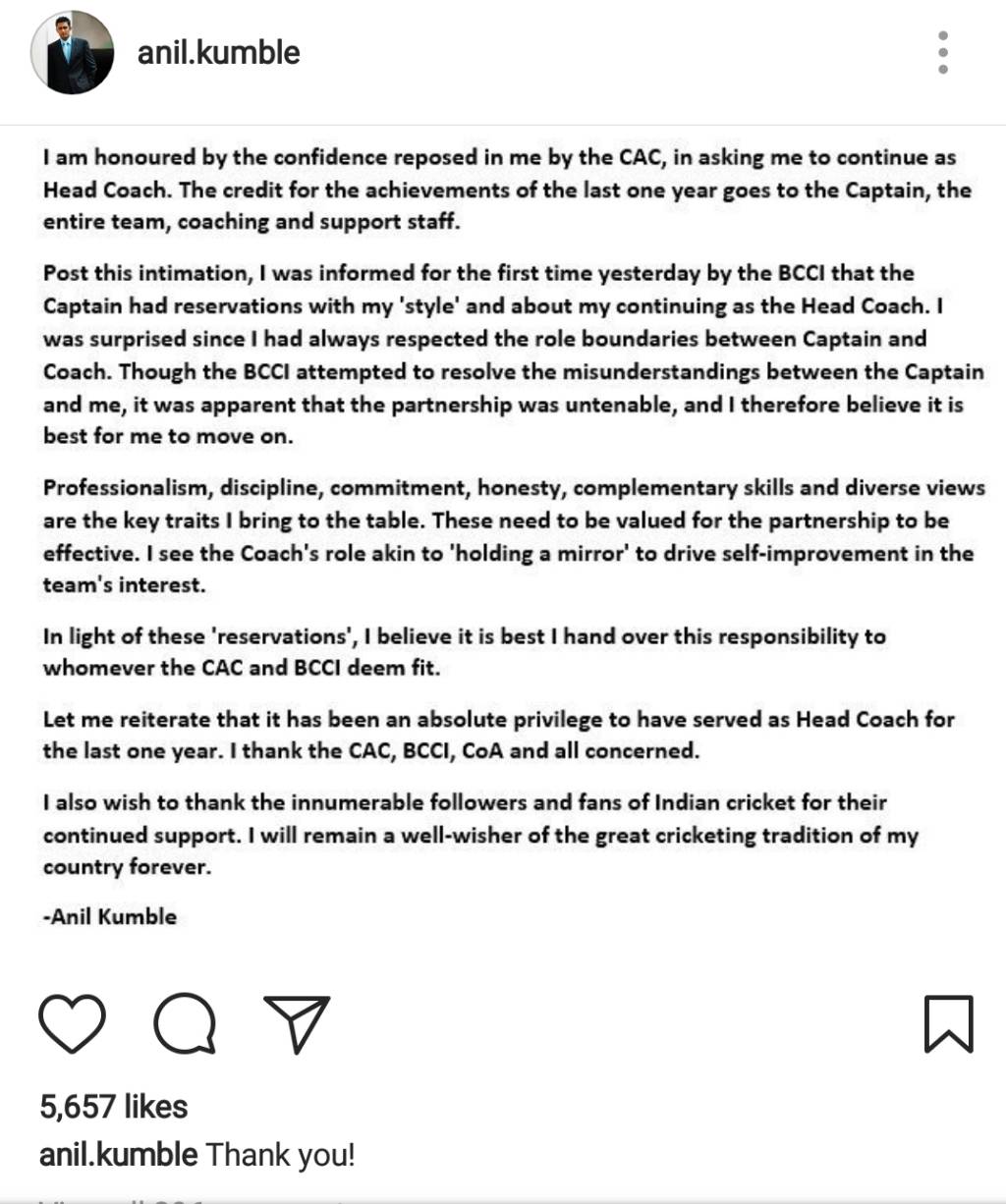 Kumble confirms rift with Kohli as reason for stepping down

Kumble confirms rift with Kohli as reason for stepping down
28 More Posts...