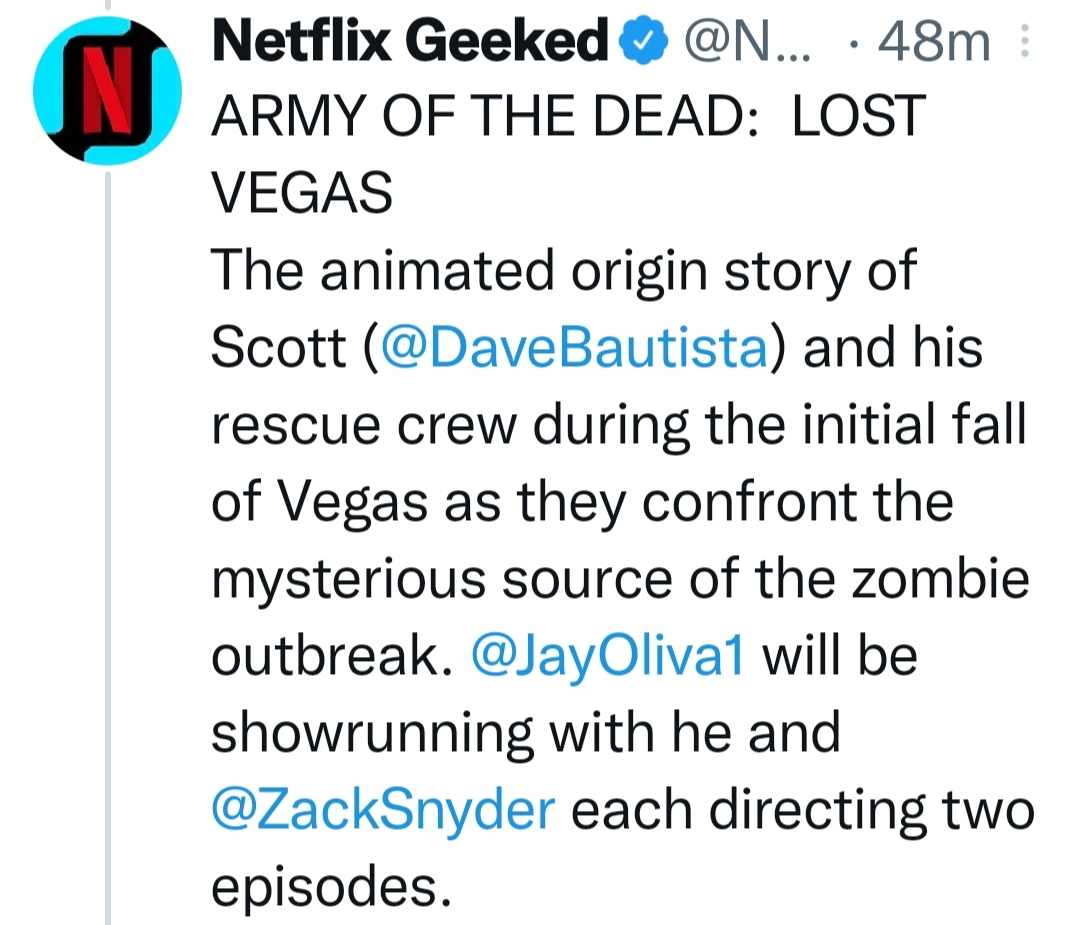 Next up for the real SnyderVerse is another Army of the Dead prequel, this one a series entitled Army of the Dead: Lost Vegas. According to a just-revealed synopsis from Netflix Geeked, the next chapter in the Army of the Dead saga is “The animated origin story of Scott (Dave Bautista) and his rescue crew during the initial fall of Vegas as they confront the mysterious source of the zombie outbreak.” The same release says Jay Olivia will serve as showrunner for the series with he and Snyder each directing two episodes.