Microblogging site Twitter has acquired social media client TweetDeck for up to $50 million, says a report. 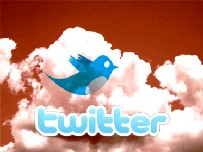 "Twitter has acquired TweetDeck," technology blog 'TechCrunch' reported citing a source with knowledge of the deal. The purchase price includes both cash and Twitter stock, the report said adding the transaction will be announced in the next few days.

Twitter, which allows users to send 140-character text messages to groups of followers, is among the most popular social networking services, along with Facebook.

TweetDeck was earlier reported to be in talks with UberMedia about purchase deals which is valued less than what Twitter offers.

The survey of 1,500 readers has found that fans are less likely to maintain a long-term interest in celebrities who bombard them with regular updates.
The increased accessibility of celebrities on the microblogging site in fact reduces their appeal, reports the Telegrah.

The survey was carried out by Bauer Media, which publishes magazines Q and Kerrang!

It concluded: "There's a consensus within the industry that this ease of access if leading to artists losing appeal more quickly."

Younger fans were more likely to appreciate being able to follow their idol on Twitter while older fans preferred to maintain a distance between their favourite artists, the study found...!

The married player, who is referred to as CTB in court documents, is said to have had a 'sexual relationship' with Imogen Thomas, a former contestant on the Big Brother reality TV show.

The AdGrok technology will likely find its way into Twitter's Promoted Tweets ad service, which is similar in concept to Google's AdWords. Promoted Tweets are Twitter posts crafted for advertising that appear in Twitter search results when they contain a search query keyword. Advertisers pay Twitter for Promoted Tweets when end users perform a specific action as a result of the post, such as clicking on it, re-tweeting it, replying to it or labeling it as a "favorite."
N

Twitter is continuing to build into its service features popularized by third parties -- the latest example being link shortening, which the social network is now rolling out for users automatically."We've been working on a bunch of features to make Twitter easier to use," Carolyn Penner, a Twitter spokeswoman, wrote on the micro-blogging service's blog Tuesday. "Today, we're releasing something that many of you have been asking for -- automatic link shortening on Twitter.com."

Once fully implemented, Twitter.com will shorten a link "of any length" written into the "tweet box" online down to 19 characters once the tweet is sent, Penner said.

Previously, if users wanted to shorten a link, they'd have to use services such as TinyURL or Bitly among about a dozen other outside options.

"Sharing links on Twitter.com is now simple and instant," Penner wrote. "Plus, since we show a shortened version of the original link, people will know which site the link points to. This service also increases security. If users click links that are reported as malicious, we direct them to a page that warns them."

Again, all features by outside services will remain available, but Twitter's new built-in link shortening won't provide analytics data on its shortened links -- which many outside link-trimming services offer and which can be a valuable tool for business professionals who want to see just how many times their links are getting clicks.

If a user wants such analytics, "you can continue to use your favorite third-party link-shortening services," Penner said.

The move to do link shortening itself follows Twitter offering its own built-in photo sharing service, buying the "power user" app TweetDeck and also putting a general stop to new apps that replicate the official Twitter app, rather provide some new, differentiating function.

On Monday, Apple announced that Twitter would be integrated within iOS 5 to allow people to tweet content without ever having to open an actual Twitter app. It's one more move that could help the social network grow its user base and possibly also cannibalize a few third-party Twitter-related apps that facilitate sharing photos, links, maps and other items along the way.
S

The Twitter Address Bar Search add-on lets you search Twitter right from your Awesome Bar. To start a search, simply enter a hashtag (like #Firefox), or @mention, and you can instantly call up a page of results of topics or people on Twitter.

– A fan on Twitter informed Tough Enough winner Andy Leavine of critical comments runner-up Luke Robinson made during a recent interview. Robinson stated last week that Leavine used pity to win the contest by saying he has children to take care of.

Leavine wrote to Robinson on Twitter, “All the BS aside its over now. You want to run your mouth? Remember if you make it here-I’m already in the locker room.”

– Former WWE Divas Champion Jillian Hall participated in her first match since leaving WWE on June 18 at an independent show in Orlando, Florida. She reveals in an interview with Diva-Dirt.com that she was not completely ready to return to the squared circle and was nervous as a result.

“My nerves came from me not knowing if I was ready to be in a ring again,” Hall explains. “When I left WWE, there was a part of me that truly thought that chapter of my life was over. I had turned down many requests to do a match before taking the Orlando show because it just didn’t feel right and on top of that my body wasn’t and still isn’t 100%. You wouldn’t think it, but it was a very emotional day for me.”

She continued, “I was nervous up until the very moment I walked out that night. I wasn’t sure how the people would react to me. When I walked out and turned “Jillian” up, it felt very natural like I had done it yesterday. I was literally afraid I was going to throw up when I took my first bump, but that, also, was very natural. The crowd accepted me even though I wasn’t 100% and that’s something I really appreciated.”

Former WWE star Batista has launched an account on Twitter via twitter.com/Real_DBautista. The account has been confirmed by his official website, Demon-Wrestling.com. He posted an introductory message explaining what he’s been up to since parting ways with WWE last year.

“So I’m giving in to my rule of NO social networking because I promised my boy Josh Rafferty that i would……so here we go!” Batista wrote. “First off!!!!! NO HATERS ALLOWED!!! I hate HATERS!! I wish all haters a Nick Diaz style a$$ woopin! go somewhere else!

“This is what i’ve done since I left WWE a year ago….3 movies, first one “House of the Rising Sun” being released next month. riding low with my homies…. THE IMPERIALS!!!! Los Angeles chapter….sup Francisco,Junior, El Presidente Tomas..(we miss you Jesse) training my a$$ off at Gracie Fighter Pleasant Hill Cali, Gracie Fighter Tampa Fl., and Powerhouse Gym in Downtown Tampa. ….and chillin with Sarah : )”

Batista also says he plans on fighting no matter what.

He wrote, “So I’ll repeat myself because haters are not only losers but they also seem to be illiterate! NO f**kING HATERS! no negative chi here!!!! and God willing…YES I will be fighting. even if i have to walk my old a$$ to the cage with a cane!”

Batista also responded to queries regarding his recent weight loss. He says he gave up weights and eliminated certain foods from his diet.

“Gave up the weights, gluten, red meat, pork….down to 260…feel great,” he wrote. “Leaner than ever though. I feel great at this weight.”
J

Square plans to use the money to accelerate its growth, said Dorsey, the company's chief executive.

Mary Meeker, a partner at Kleiner Perkins, is joining the board, which also includes former U.S. Treasury Secretary Lawrence Summers.

Square's technology lets people use their mobile phones to accept credit card payments from other people. In April, Square said Visa invested an undisclosed sum in the company.

The San Francisco-based company has plenty of competitors eager to get into mobile payments. Google in May debuted a digital wallet that lets people to use their smartphones to pay for clothing, food and other items.
S

Hackers took over a politics Twitter feed belonging to US broadcaster Fox News announcing that President Barack Obama had been shot dead on America's national day.

The @foxnewspolitics feed stated: "@BarackObama has just passed. The President is dead. A sad 4th of July, indeed. President Barack Obama is dead."

Just an hour before the message, there was a post "Just regained full access to our Twitter and email. Happy 4th". July 4 is America's national day.

Even nearly three hours after the last twitter update on the account wishing luck to the "new" President John Biden, none of the messages have been removed.

Reporting that hackers have taken over a Twitter account belonging to Fox News, BBC said a group of individuals, calling themselves 'The Script Kiddies' appeared to claim responsibility.

Fox News Politics is one of the Twitter accounts associated with the industry's leading cable news network, the BBC said adding its Twitter account carries the "verified" tick icon, indicating that the feed belongs to the organisation it claims to be.

BBC said it is unclear why Fox News has been attacked in this instance. "However, the broadcaster's conservative stance has made it unpopular with many Americans."

Fox News is said to be the most-watched cable news network in the United States, with its prime time shows attracting almost two million viewers, well ahead of rivals CNN and MSNBC.

An attack on another Fox Entertainment Group website, Fox.com was the first confirmed hit by hacker group Lulz Security in May 2011, BBC said.