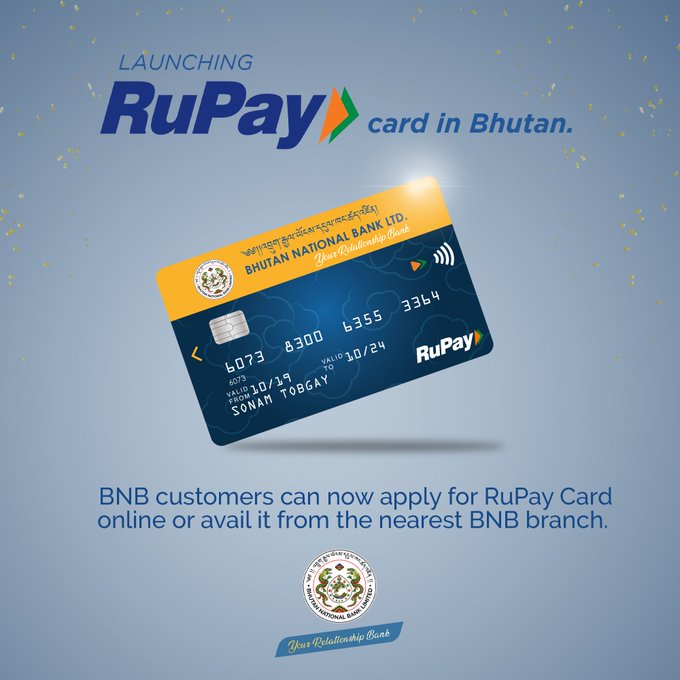 PM of Bhutan and India to launch second phase of RuPay Card today:

The RuPay card scheme is a cross-border payment initiative between Bhutan and India, which is aimed at promoting the use of low-cost digital payment solutions and digital financial inclusion.

The first phase of the RuPay Card was jointly launched by the two Prime Ministers on August 17 during the state visit of the Indian Prime Minister to Bhutan last year.

The launch of RuPay card scheme in Bhutan is made possible by the interconnectivity of the Bhutan Financial Switch (BFS) with India’s National Financial Switch (NFS), which is operated by the National Payment Corporation of India (NPCI).

According to a press release from the Minister of Foreign Affairs, the interconnection of the BFS network with the RuPay network will provide safe and convenient banking, and also help realise cost effective and cashless transactions, thereby enhancing cross-border digital payments between the two countries.

Since the launching of Phase-I, a total of about 10,428 successful transactions amounting to INR 36.52 million have been made using the RuPay cards.

The launch of the second phase will enable Bhutanese travellers to India to use their local bank cards in all the access points offered by the banks in India.

The BNBL’s RuPay debit cards will be accepted at more than 100,000 ATMs and 2 million PoS terminals in India for cash withdrawal, balance inquiry and purchases.

From the Indian side, the launch will be attended by external affairs minister Dr S. Jaishankar, Principal Secretary to the Prime Minister Dr P.K. Mishra, National Security Advisor Ajit Doval and other senior officials.

5 Jul 2022
Abhishek012
A
A
Indian travellers to U.K. now use UPI payment, RuPay card will also soon accept in U.K.