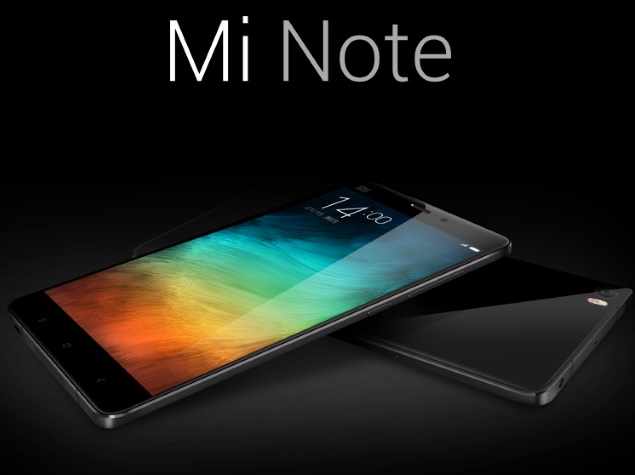 Xiaomi has confirmed that a special
edition of the Mi Note smartphone will b
launching on Tuesday.

Lin Bin, Co-Founder and President of
Xiaomi, in a Weibo post confirmed the
launch. Bin in his post also compared th
Xiaomi Mi Note with the iPhone 6 Plus.

In his Weibo post , Bin said (translated by
Bing), "Mi Note, two-sided curved glass,
much lighter and thinner than iPhone 6
Plus a larger screen, giving everyone the
first feeling is amazing. Tomorrow, we
will publish a special edition that looks
better Mi Note. Imagine?" The post (via
GSMArena) was accompanied by an
image that showed the Mi Note with the
date March 17 on its lock screen.

At the moment, not many details about
the special edition of the Mi Note phable
are known, but based on Bin's remarks,
we can expect it to feature a slightly
different design.

Initially launched in January, the Xiaomi
Mi Note flagship smartphone was priced
at CNY 2,299 (roughly Rs. 23,000) for th
16GB model, while the 64GB model was
priced at CNY 2,799 (roughly Rs. 27,900
At the launch, Xiaomi compared its Mi
Note phablet to the iPhone 6 Plus saying
that the camera on the Mi Note was level
with the smartphone body while the
iPhone 6 Plus' camera protrudes.

In January, Xiaomi's Mi Note phablet
went up for sale in China for the first tim
and the handset within three minutes of
the sale going live was said to be out of
stock.

It sports a 13-megapixel rear camera
with a six-element lens, OIS, a Sony
CMOS sensor, and two-tone flash from
Philips. There is a 4-megapixel front-
camera also onboard with large 2-micro
pixels. The phablet is powered by a
quad-core Qualcomm Snapdragon 801
processor clocked at 2.5GHz alongside
3GB of RAM and Adreno 330 GPU. The
Xiaomi Mi Note also supports 4G LTE
connectivity and is backed by a
3000mAh battery with Quick Charge 2.0
technology.