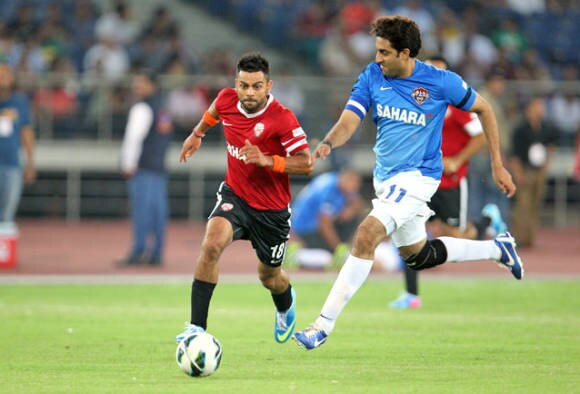 The match termed as ‘Celebrity Clasico 2016′ will take place at the Mumbai Football Arena, Andheri Sports Complex, on Saturday, June 4 with an objective to generate funds for the foundations’ charitable initiatives.

Virat will lead the All Heart Football Club (a property of The Virat Kohli Foundation) and Bachchan is set to lead All Stars Football Club (run by Playing for Humanity).

Apart from Kohli and Dhoni, some of the country’s top cricketers like Zaheer Khan, Harbhajan Singh, Yuvraj Singh, R Ashwin and Ajinkya Rahane will be playing in this match.

In pics | Bend it like Baba: Ramdev on the field to promote Modi’s pet-projects