New Delhi: A special bench of the Supreme Court will hear a case today against the cutting of trees in Mumbai's Aarey colony for the city's metro rail project. At another court on Sunday, 29 activists, arrested for protesting against it on Friday night, were given conditional bail.

The activists on Sunday night walked out of Thane jail, where they had been detained since Saturday. The ban on any gathering of four or more people that was imposed at Aarey when the protest broke out last week has been lifted, the police said. 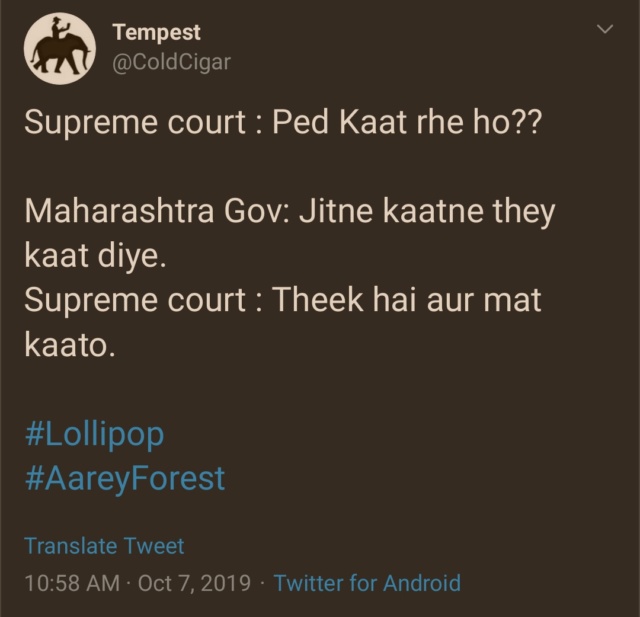 Everyone saw this coming

CBI to Supreme Court: We are investigating Chidambaram in Aircel-Maxis case