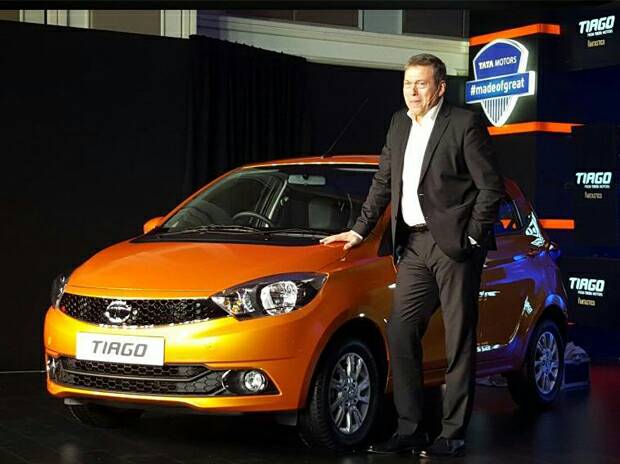 
The Tiago (formerly named Zica) will compete against Hyundai i10, Maruti Celerio, Maruti Wagon R to name a few in the B Segment space.


The Tiago, promoted by ace footballer Lionel Messi, is built on an all-new platform and will fill the product gap between the Nano and the Bolt as the ageing Indica is now increasingly pushed for commercial usage.

The Tiago will feature two new engines, petrol (1.2 litre) and diesel (1.05 litre). The 1.2 litre, three cylinder petrol is a new ground up naturally aspirated engine generating peak power of 85ps. This is the first new engine from the gasoline family of Tata Motors. The petrol version has a claimed mileage of 23.84 kmpl


The diesel version, meanwhile, carries the smallest engine yet developed by Tata Motors for passenger application, a 1 litre three cylinder, turbo-charged mill that develops peak power 70ps. The diesel version of the Tiago has a claimed mileage of 27.28 kmpl.


Features like bottle holders on all doors, iPad or tablet holding tray inside the glove compartment, hands-free telephony above the drivers’ head, new fabric for upholstery are not seen on other models.


The Harman-developed but Tata Motors-funded entertainment system is the Tiago’s biggest draw. With eight speakers (a first in the segment) the compact hatchback is made to appeal to the music loving youth. The car will have five variants each of both fuels.