The event is enriched with amazing Cricket, shocking drama, comedy, dazzling dancers and cheerleaders and extraordinary music and it is all set to entertain all the members of the family (recommendation - family must watch) with lots of surprise elements. A grand stage has been set for the final prize distribution ceremony.

All the stars of the industry are set to attend this mega event. Amazing Cricket - High Voltage Drama on ground - Music and Comedy - is what you can expect on the field.

It is said to be total of seven matches including four group stage matches and two semi final match and final match.

The facts behind this event is not acceptable. For constructing a building for their association, they are playing this cricket and asking the people to watch the matches live in ground so that they can use that money collected to construct the building.

When there was a flood in Chennai and Cudalore, the association said they cannot do anything since only government has to do that.

Now why they are expecting people to give money (though they are playing in front of people) for the their benefit?

Why didn't they play a cricket match like this and helped the people when they were in trouble?

So, I am not supporting. #BoycottNatchathiraCriket

Ajith and Simbu Not supporting this league...
S 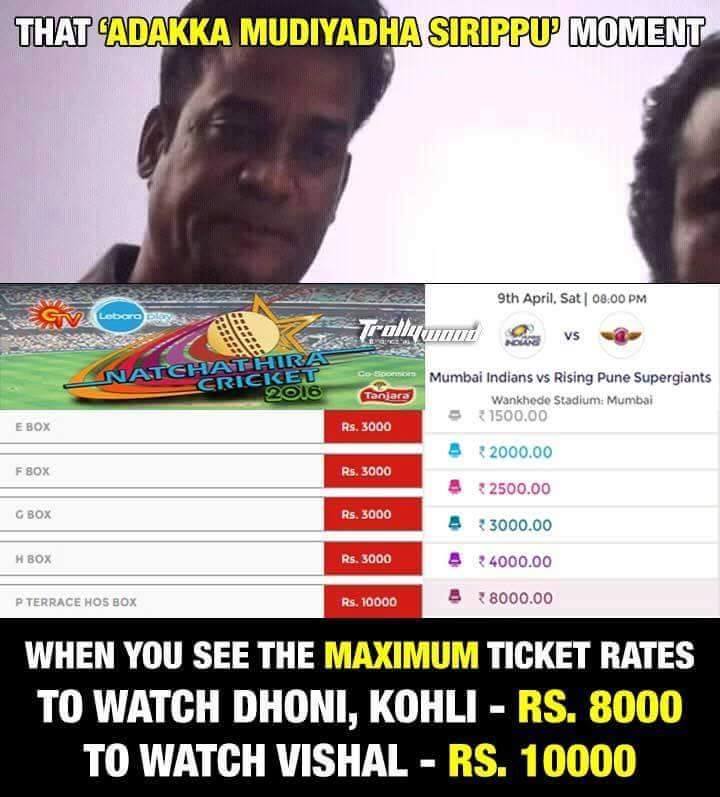 sutharshan said:
Ajith and Simbu Not supporting this league...
Click to expand...

Very gud decision if every actor & actress , director , producer gave 1000 rs each means they might built there building happily :angry .. Why we gave money for there building if they give money for our buildings :huh and also they are multi millionare's :angry .. I am also boycotting this league .. Thala allways right

we are collecting money from viewers in thaetre , than why need money, dont dishturb peoples, no need peoples money,i think this cricket matches unwanted,

Spend 10% of each actor's salary. You can easily construct the building...
32 More Posts...