Just like the recent Galaxy J8 leak, the Galaxy A6+ model uses a Snapdragon 625 instead (same CPU, Adreno 506 GPU). The Plus model has more RAM too – 4GB instead of 3GB. Both models run Android 8.0 Oreo (hurrah for Trebble).
Click to expand...

Samsung Galaxy A6 and A6+ spotted at Geekbench 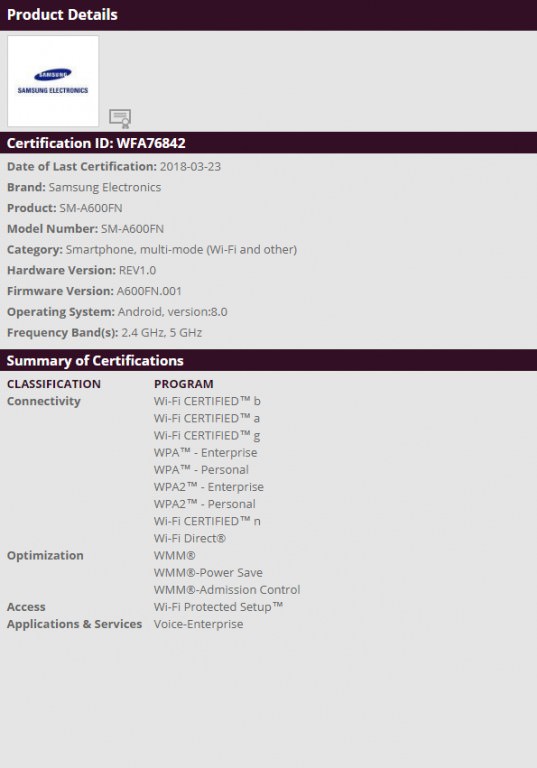 Exclusive: Galaxy A6 and Galaxy A6+ will be released in these markets

We can reveal that Samsung is going to release the Galaxy A6 and the Galaxy A6+ in Europe, Russia and the Middle East. The new handsets will likely be out in the coming months in the aforementioned markets.
Click to expand...

Galaxy A6 & A6+ Disadvantages

Samsung Galaxy A6 and A6+ | Specs & Features | Samsung India