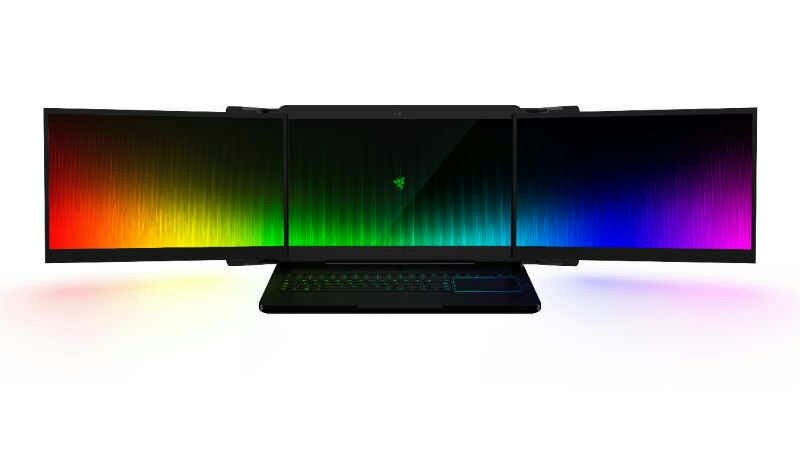 At the ongoing CES 2017 trade show, Razer is showcasing its highly distinctive concept laptop Project Valerie, which features three 17.3-inch 4K IGZO displays powered by Nvidia's G-Sync technology for wide viewing-angles as well as smooth frame rates. The company also went on to show its projection system Project Ariana designed for "total immersion gaming."
If the fact that Razer's concept laptop features three 17.3-inch high resolution displays doesn't baffle you, the company has even claimed that it offers 100 percent Adobe RGB color accuracy. The company says that it offers "the greatest amount of screen real estate ever assembled in a single computer." The concept laptop houses GTX 1080 GPU, just like its Razer Blade Pro laptop.
The laptop features unibody CNC aluminum chassis, measures 1.5-inches thick and weighs less than 5.4kg. "Each display mechanically slides out of the side of the main screen and adjusts into place, making it easy for users to deploy. With integrated multi-monitor support, users will no longer have to deal with the cable clutter from traditional desktop setups. The result is a clean gaming and working environment that's just as easy to maintain," the company said in a release describing the Project Valerie portable multi-monitor system.
Even though Razer has not shared the specific details about the hardware present on the concept laptop, the company said that it exceeds the minimum hardware requirements of HTC Vive and Oculus Rift VR headsets. Project Valerie is the second Razer laptop to have Razer's "Ultra-Low-Profile Mechanical switches" as well.

"Multi-monitor desktop setups are becoming more necessary for professionals, creators, and gamers," Min-Liang Tan, Razer's co-founder and CEO, was quoted as saying in company's release. "For the first time, we've engineered a solution that users can take with them. Project Valerie promises all of the functionality of three screens and none of the hassle," he added. 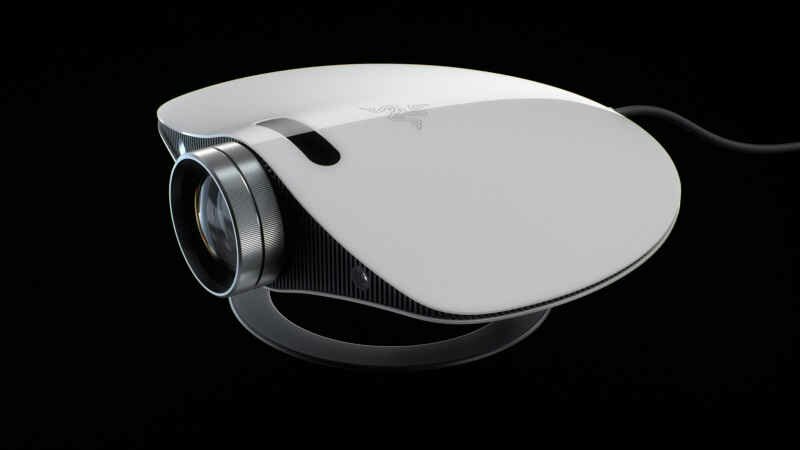 In the meanwhile, Razer's Project Ariana projection system is a high-definition video projector that makes use of an ultra-wide fish eye lens and advanced processing capabilities to extend the gaming experience into an entire room, the company said. "The system adapts the projection of in-game elements to the dimensions and features of the physical environment. A pair of 3D depth sensing cameras together with proprietary calibration software automatically calibrates itself to detect environmental factors such as furniture and room lighting, to provide the perfect display for any room," the company said in its release.
Razer further announced that its lighting technology, Razer Chroma, will now be available to third-party partners. It will be interesting to see how the future of gaming is shaped going forward by the new technologies the company has introduced at CES 2017.