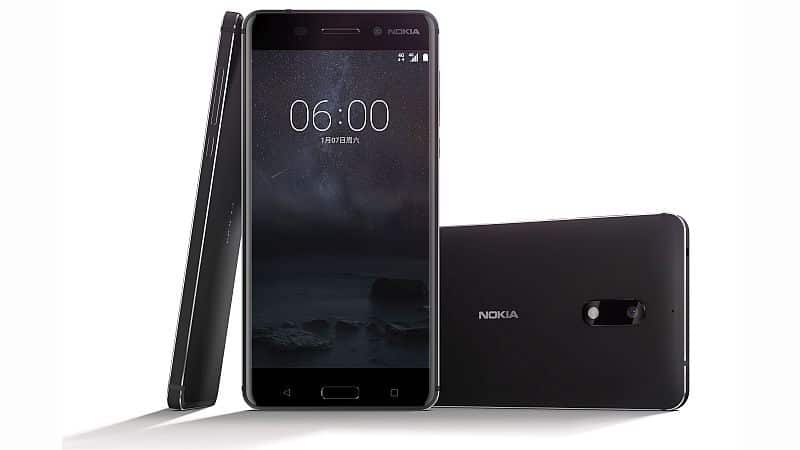 Nokia's comeback smartphone, the Nokia 6, is finally available in India. But there's no reason why you should be happy as the Nokia 6 in India is available via a third-party online retailer. HMD Global, which owns rights to the Nokia brand, has so far not announced any availability details for the Indian market. In fact, the smartphone is officially available only in China.

The Nokia 6 can be grabbed via eBay India at a premium price of Rs. 32,440, which is almost double the price of the smartphone in China. The Nokia 6 India online listing clearly mentions that delivery of the handset will take place only after 25 days in the country.

To recall, HMD Global launched the Nokia 6 smartphone last month at CNY 1,699 (roughly Rs. 17,000) in China. HMD Global has so far reiterated that the Nokia 6 smartphone is a China exclusive product. Last month, several media outlets claimed wider availability of Nokia 6 in Philippines though HMD Global denied the existence of the handset in any market outside China. The Nokia 6 listing on eBay India was first spotted by Gizbot.

For the upcoming MWC 2017, HMD Global has already slotted an event at the trade show, where it is expected to announce few more Nokia-Android phones alongside revealing availability details of the Nokia 6 outside China. The Nokia 6 smartphone has so far been available in China twice and has seen tremendous response there. In its first flash sale, the Nokia 6 smartphone reportedly went out of stock in a minute. In the meanwhile, the Nokia 6 second flash sale saw 1.4 million registrations.

To refresh, the new Nokia 6 smartphone features a 5.5-inch full-HD (1080x1920 pixels) 2.5D curved display with Corning Gorilla Glass 3 cover for protection. The smartphone is powered by an octa-core Qualcomm Snapdragon 430 processor coupled with 4GB of LPDDR3 RAM. The Nokia 6 packs 64GB inbuilt storage which supports expendable storage via microSD card (up to 128GB). The smartphone runs on Android 7.0 Nougat and supports dual-SIM. It sports a 16-megapixel rear camera with dual-tone LED flash and PDAF. It also packs an 8-megapixel front camera. Nokia's comeback phone comes with fingerprint scanner which is embedded into the Home Button and also supports Dolby Atmos. The new Nokia 6 measures 154x75.8x7.8mm and supports 4G. The handset is backed by a 3000mAh battery.

Nokia 6 Now Available in India but There's Nothing Official About It | NDTV Gadgets360.com
S

What kind of person would spend 32k for this much specs :huh
S

But, too costly. This range, I will get Moto Z play with sound mod.

The listings on eBay are mostly imported. This is definitely an imported one, not an official one in India!

ilikered said:
The listings on eBay are mostly imported. This is definitely an imported one, not an official one in India!
Click to expand...

Just checked ebay listing. They clearly mentioned its imported and original. So not launched in India. Selling without permission.

Bapun Raz said:
Just checked ebay listing. They clearly mentioned its imported and original. So not launched in India. Selling without permission.
Click to expand...

Just trying to cash in on Nokia craze bro! eBay is the host of such products.

Yeah bro. Lots of fake sellers too there!

Seeking Help Feature phone with WhatsApp for my grandmother