National Geographic Channel’s upcoming series The Right Stuff will become a Disney+ original. The period drama, starring Patrick J. Adams and Jake McDorman, will premiere in the fall under the Nat Geo brand on the SVOD platform. Adapted from Tom Wolfe’bestselling nonfiction account of the early days of the U.S. space program, The Right Stuff is produced by Leonardo DiCaprio’s Appian Way and Warner Horizon Scripted Television.

The eight-episode The Right Stuff examines what would become America’s first “reality show,” as ambitious astronauts and their families become instant celebrities in a competition that could kill them or make them immortal. The two men at the center of the story are Major John Glenn (Adams), a revered test pilot and committed family man with unwavering principles,, and Lieutenant Commander Alan Shepard (McDorman), one of the best test pilots in Navy history. 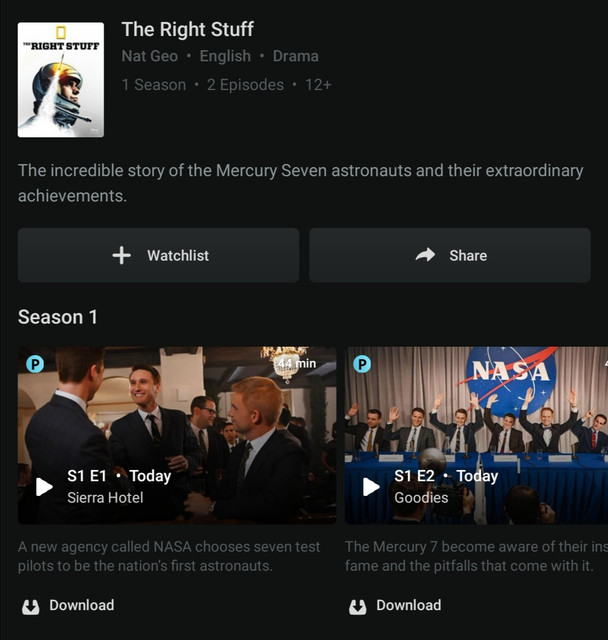