Earlier this week, Instagram--the beloved iPhone app for snapping, filtering, and sharing photographs--arrived on Android phones, nearly a year and half after the iPhone app's initial release. Until that time, folks using Android phones could only look on longingly as their iPhone-wielding friends snapped and shared photos on the growing network, which topped 30 million members before making the leap to Android.

And Instagram's gradual iOS-to-Android transition is not unusual. It took almost a year for Angry Birds to make its pig-hating way from iOS to Android, and twice that long for Words With Friends. So it's clearly not uncommon for hugely successful apps to launch on the iPhone, only to show up on Android many moons later. But for apps to make the opposite leap--from Android to iPhone--is exceedingly uncommon. There are two key reasons why that dichotomy exists: money and simplicity.

In fact, if an app isn't built by Google, odds are good that it's coming to Android only well after it arrives on the iPhone--if at all. Sure, Android phones got Gmail first (and, frankly, they can keep it). But it's rare for Android to get major apps first, and the situation hasn't improved despite Android's continued impressive adoption rates.

Although recent reports suggest that the iPhone is outselling all other smartphones combined, comScore still says that Android phones make up a little more than half the market.

But even if Android is the market share king, developers aren't targeting the platform with the enthusiasm they lavish on iOS. That's partly because of the other major devices that the App Store caters to--the iPad and the iPod touch--two lines that few Android devices can reasonably claim to compete with successfully.

ComScore also tells us, however, that iPhone owners use both Wi-Fi and cellular connections on their phones significantly more often than Android phone users do. That might mean Android device owners just can't figure out how to use their phones' Wi-Fi. The more likely explanation for the sharp difference--one set forth by John Gruber, among others--is that a lot of Android device owners use their smartphones as something less than that: touchscreen machines for texting and calls, perhaps with the occasional game or two.

Whatever the reason, Android users aren't buying apps. And that's a problem for that platform, since developers, like Willie Sutton, prefer to...

Go where the money is

Developers, like all of us, enjoy earning money in exchange for the work that they do. And developers with experience on both platforms report emphatically that they can make more money in the iOS App Store than they can in any of the several stores that cater to Android device users.

Take the case of developer Ryan Bateman, who built what reviewers called "the first beautiful, simple Instapaper client for Android." Despite heavy tech news coverage about Papermill following its release, Bateman says the app netted less than $600 in profit over its first three weeks in release. Bateman's effective rate for the project to date worked out to barely more than $2 per hour.

OK, so that's one app from one developer, and Papermill requires that you have a separate subscription to Instapaper's paid service (which costs $1 per month). But Bateman's tale of disappointing Android sales is anything but unique. Mike Mobile makes games like Zombieville USA. The company wrote in a March 2012 blog post that its "Android apps aren't making any money." In fact, the company says, "Android sales amounted to around 5% of our revenue for the year, and continues to shrink. Needless to say, this ratio is unsustainable."

And we're talking about a lot of money: Apple says that it's paid out more than $3 billion to developers in the App Store. (Apple gets 30 percent of every App Store sale.)

Why the vast majority of Android customers don't seem willing to spend money on apps is anyone's guess. But it's a self-perpetuating problem; with lower sales, many developers are forced to upend the App Store's race-to-the-bottom for pricing. So now, the apps folks mostly aren't buying from the various Android app stores also cost more money.

But money doesn't explain everything. It certainly doesn't explain why it took Instagram so long to land on Android--given that Instagram is a free app, and its business model is largely still to be determined. No, the explanation for that half of the problem falls into...

We already know many mobile developers avoid targeting Android because they can't make money there. But another big problem is developers don't feel assured they can make great apps for the platform, either. Building a great iPhone app isn't easy. Building a great Android app falls just shy of impossible.

iOS continues to score excellent apps from developers who haven't yet indicated any plans to launch on Android. Epic, the developers behind the smash iOS game Infinity Blade, say that they "can't guarantee" a consistent user experience for Android--because there are so many different Android devices. Devices might have different processors, different screen sizes, and different amounts of memory.

That's partially true of the iPhone as well, of course: The iPhone 4S enjoys a meatier processor than the iPhone 4, which in turn uses a better processor than the iPhone 3GS. But iOS developers know that no new iPhone will ever be less powerful than the models that preceded it; Epic said that the 3GS was the first iPhone powerful enough to run the gaming engine upon which Infinity Blade is built. But a powerful Android phone from HTC may well be followed up by a less powerful one from Samsung. Some Android will sport hardware buttons that others don't.

And it's not just a hardware issue. Different Android phones support different versions of the operating system, and there's no guarantee that a phone bought today will support an Android update released next month. With the iPhone, it's Apple's decision. With Android, it's up to the carriers and individual phone manufacturers.

Thus, Android phones are the printers, and developers who want to make apps must build the ink. Ever felt lost in your local office supply store as you try to find the right black ink for your printer? There are oodles of models and sizes--even within brands. Developers making apps for Android, in effect, need to make ink that works with every printer.

On the iOS side, things are considerably simpler. To push the analogy to its limits, successive iOS devices might print faster or higher quality images, but they still take the same ink.

If you like Android, you buy an Android device. You either don't buy many apps, or at best you buy the apps you can, and recognize that the majority of the world's most exciting mobile development is happening across the aisle. That's your right.

If you're an iOS devotee, it's a win-win: You buy the device you want, and have the enormous App Store waiting to satisfy your every mobile need.

Instagram, the popular iPhone camera app that allows you to add funky filters to photos, has finally arrived on Google's Android platform. The app gathered more than 30 million users on iOS since it launched in 2010, but Android users had to settle for alternatives until today.

Instagram for Android works with any versions of OS 2.2 and above that support OpenGL ES 2 (used to power the Instagram filters). That means it should work with most higher-end models on the platform. You can download the free app now from Google Play (aka Android Market).

The app is very simple to use. You just open it up and capture a photo or select one that you already took. You can then add various filters, add borders and share your creation on Twitter, Facebook, Tumblr, Posterous, Foursquare or via e-mail.

In comparison to its iPhone counterpart, Instagram for Android is still missing a couple of features. It has the same filters and community features as the iOS version, but the Android app lacks features such as Tilt/sh#t and Flickr integration, which should be available in subsequent updates.

A host of companies may have stopped developing apps for Microsoft's Lumia phones but Instagram isn't one of them
On Monday it rolled out an app especially for those smartphones running Windows 10 that will help users make the most of the phones' and phablets' killer features - incredible imaging capabilities.
However, the app, though comprehensive in terms of its feature list, is still in beta form and so expect some bugs. To give the app a go and to help developers iron out issues, head over to the Windows Store.

iPhone 7 and iPhone 7 Plus Camera Features Will Be Utilised by the Instagram App...

Facebook-owned Instagram is redesigning its upcoming iOS app to take advantage of iPhone 7 camera capabilities and will add new filters and gif features, a media report said.
Apple recently launched iPhone 7 and iPhone 7 Plus models with major upgrades to camera department. Both the iPhones have 12-megapixel rear camera with optical image stabilisation (OIS).
The iPhone 7 Plus has a twin-lens setup that offers 2x optical zoom and up to 10x digital zoom for photos.
The new app will also use 3D Touch to allow users to add a photo to their Instagram Story.
"Developers at Instagram are redesigning the filters of the iOS app to take advantage of the wide-gamut colour detection of the iPhone 7 camera sensor," technology website TechTimes quoted Ian Spalter, Head of Design, Instagram, as saying.
This would make Instagram photos more vivid by producing a broad range of colours in the photos taken, Spalter added.
Developers are also working on a new feature that will let users convert Live Photos into Instagram Boomerang back-and-forth gifs.
A Live Photo captures 1.5 seconds of video and audio both before and after you press the shutter button to take a photo. Thus, in addition to a still JPEG image, you also get a three second Live Photo.
Previously, users need to shoot Boomerangs in the dedicated app, which captures a series of still photos and combines them to create a gif animation.
The new version of Instagram will allow users to capture images in an iPhone camera and morph them into Boomerangs, the report added.
As to when the new app will be announced is still unclear.


iPhone 7 and iPhone 7 Plus Camera Features Will Be Utilised by the Instagram App | NDTV Gadgets360.com
P

Instagram app for Windows 10 expands to PC and tablets..

We’re excited to share that the Instagram app for Windows 10 is expanding beyond its current mobile availability and is optimized for tablets and PCs today. The app is free to download from the Windows Store.

Here are some of the features you can use in Instagram for Windows 10:

Post and edit photos* – Instagram makes sharing moments with everyone in your world easy, speedy, and fun.
Stories – Stories from people you follow will appear in a row at the top of Feed.
Instagram Live Tile – Find out what your friends and family are up to at a glance.
Rich, native notifications – We’ll send you the notifications you want to see so that you don’t miss important updates.
Instagram Direct – Instagram Direct lets you exchange threaded messages with one or more people, and share posts you see in Feed as a message.
Full featured Search, Explore, Profile, and Feed.
Download the Instagram app for Windows 10 for free today. Head over to the Instagram Blog to learn more about today’s exciting news!

*Posting and editing photos only available for tablets and PCs with touch screens and backward facing cameras.

Rooms option has been added in messaging. 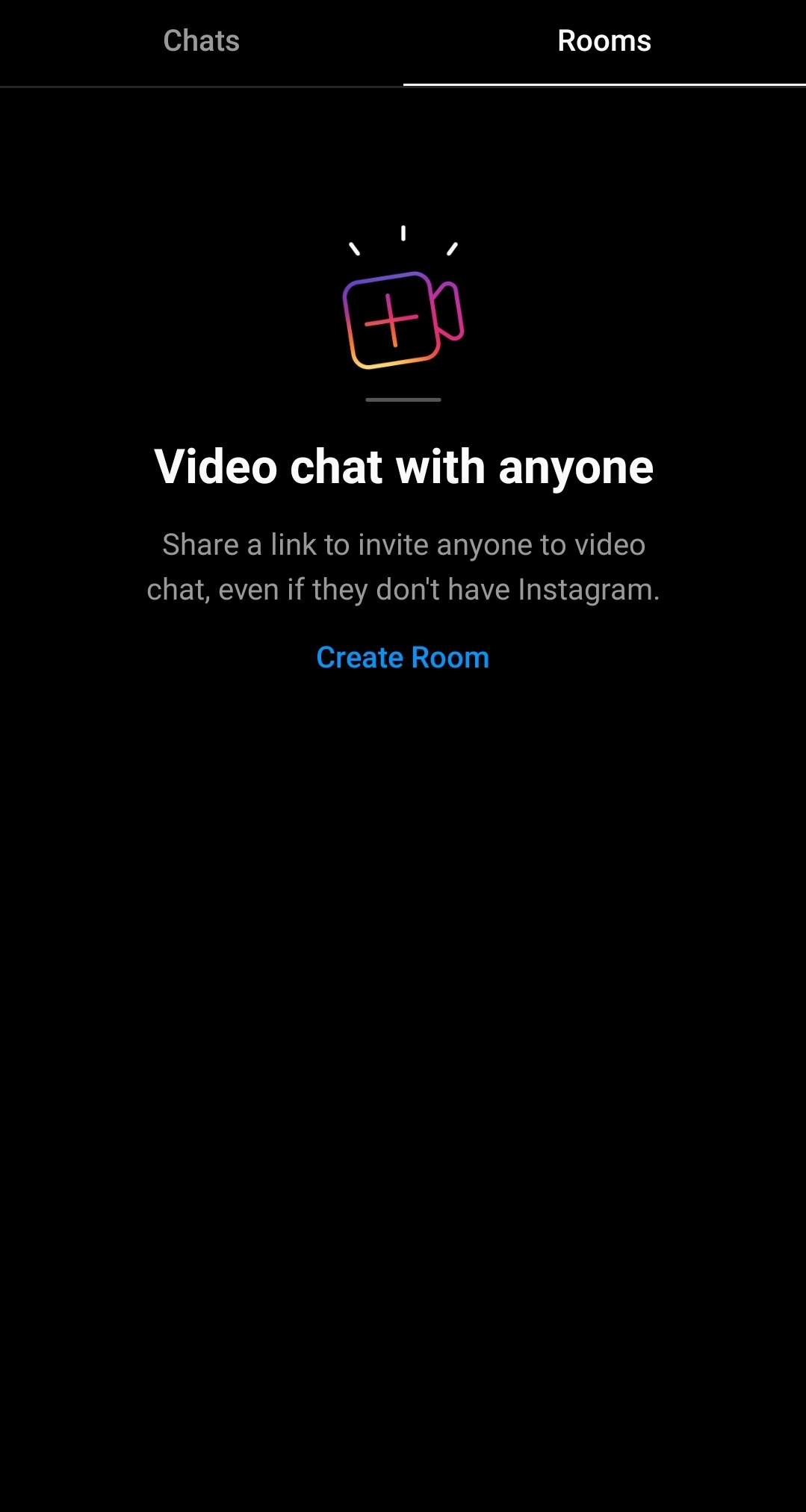