HTC took the veils off its flagship - the U11 at a special event in Taiwan. The phone was originally code-named Ocean and comes with a unibody design with aluminium rear and fuesed front glass. A major highlight of the U11 is the Edge Sense: a user can interact with it through a squeeze. Opening applications and the camera can be done by squeezing the U11. However, different levels of pressure can be used for opening different functions of the device.

Also, the HTC U11 has both Google Assistant and Alexa support for the United States, the UK and Germany, which both work with the Edge Sense functionality.

In terms of desig, the U11 bears looks on the same line as the rest of the U series. It uses the same 'liquid surface' glass on the rear with colours embedded into the glass, which make it highly glossy and render a unique look from various angles.
The U11 will come in five different colours, including Sapphire Blue, Amazing Silver, Solar Red, Brilliant Black, Ice white. However, only three colours will be available at launch.

In terms of specifications, the U11 features a 5.5-inch Quad HD 2K display. The design also includes 3D glass on both front and rear to essentially make the device feel more secure and comfortable to hold.
The latest and one of the fastest chips currently on the market - Qualcomm Snapdragon 835 SoC powers the device.

HTC has also introduced what it calls the UltraSpeed focus along with a 12-megapixel rear camera with dual-pixel autofocus, f/1.7 aperture, OIS and electronic stabilisation. HTC is also introducing Auto HDR Boost which will provide the benefits of a HDR camera sans the lag. The 16-megapixel selfie camera has been optimised for taking snaps in low light and comes with a wide-angle lens. It also has a Selfie Panorama mode.

HTC U11 has ditched the standard 3.5-mm jack and features a USB Type-C port, Bluetooth 4.2, Wi-Fi 802.11ac, NFC, GPS, GLONASS, and Beidou on board.
HTC U11 also comes with USonic Boomsound Hi-Fi Edition speakers. The company is also bundling a pair of noise cancelling headphones in the box.

The U11 has a water resistant design with 64GB or 128GB of internal storage that can be expanded. The phone packs a 3,000 mAh battery, which supports Qualcomm’s Quick Charge 3.0.

The U11 will be available in some regions from next week and early June for the rest of the world.


HTC U11 Launched: All You Need to Know About The World's First Squeezable Phone - News18

Yes I think we can able bend the device .. Unbreakable

Gobinaath said:
Yes I think we can able bend the device .. Unbreakable 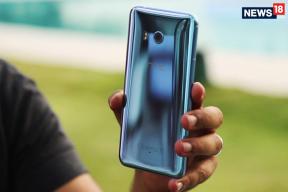 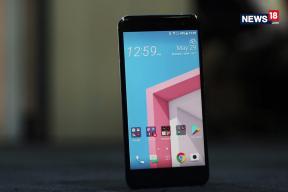