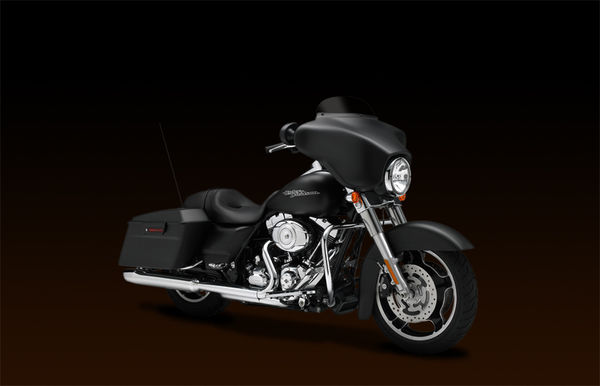 Iconic US-based bike manufacturer, Harley-Davidson has launched a new generation version of Street Glide in India. Priced at Rs. 29 lakh (ex-showroom Delhi), the all new model has been introduced under the Project Rushmore, which is a customer based initiative taken by the company so as to improve on the touring aspects of its motorcycles. As reported, the latest offering of Harley-Davidson marked its presence in the country through the Completely Built Unit (CBU) route and shall be on sale at all leading Harley-Davidson stores across different parts of the country. Under the Project Rushmore product-development program, the auto maker will be seen offering new products that will bear enhancements in design and technology in order to improve upon the experience of motorcycle touring enthusiasts.

Speaking at the launch ceremony, Managing Director of Harley-Davidson India, Anoop Prakash was quoted as saying, “Project RUSHMORE is an epic, customer-focused journey by Harley-Davidson to fundamentally improve the riding experience for owners of touring models. It not only showcases our commitment to our core customers but also represents a new direction in product development at Harley-Davidson. The new Street Glide is our premier offering for the Indian market and offers the perfect balance between custom touring style and long haul functionality. With its stunning design and rider focused engineering, I am confident that it will rouse a sense and feeling of freedom like never before.”

To mention the notable changes, Street Glide now comes a restructured Tour-Pak and saddlebags. Changes are also evident on the fender, which is now more sleeker. Apart from it, light cast aluminium wheels, intuitive hand control switches and One-Touch design elements are also updated. In terms of performance, Harley-Davidson has tweaked the High Output Twin Cam 103 engine, which now produces more power. With this powertrain, the bike now gets 138 Nm of peak torque at 3500 rpm. Also to mention, the new camshaft has been specifically modified to offer greater bottom-end torque, which results in higher acceleration. As far as the transmission is concerned, it has been changed to a hydraulic clutch control system, which still holds the cable clutch-lever effort despite stronger clutch springs. It is worth mentioning here that this hydraulic clutch does not require periodic adjustments or service in spite of consistent engagement and modulation.

The new bike comes equipped with Reflex Linked Brakes coupled with Anti-lock Braking System (ABS) to enhance the front and rear brake balance. The electronically controlled mechanism system gets engaged when the motorcycle speeds over 40 kmph. However, if the brakes are engaged at lower speeds, both the front and rear brakes function independently. At the front fascia, new dual Halogen headlamp are given as opposed to the outgoing single-element halogen ones. These headlamps are coupled with halogen fog lamps on different trim levels. Whereas a new colour screen infotainment system is provided on Street Glide that supports Bluetooth connectivity, voice recognition system, text-to-speech technology and Global Positioning System (GPS).

As told by the company officials, the new version of Street Glide comes equipped with a new front suspension system that include larger fork sliders and stiffer triple clamps, which in turn offers quick steering response. The fork diameter on Street Glide has improved from 43.1 mm to 49 mm. Now the steering stem is supported by larger bearings and the suspension damping has been altered for a smooth ride while cruising over minor pavement irregularities like tar strips.