Gangster Chhota Shakeel Talks To TOI in an Exclusive Interview

'Let Indian intelligence help him, but we'll find and kill him' 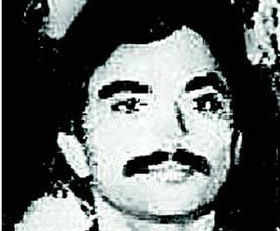 You tried to target Chhota Rajan in April. Is it true?

Yes it is. Lage hue thhe peechhe (We have been tracking him).

Could you give details?

Information comes to us and we work on it. Samjhe na. Kaam kiya... par bhaag gaya chuhey ki tarah (We worked on getting him...but he fled like a rat). He was tipped off before we could take him. We were in Australia. Woh paida hi hua hai bhaagne ke liye (He was born to run and hide).

Who tipped him off?

Can't say . We have worked on it. I won't disclose the name. What I do about him is my business.

You have tried and failed to get Rajan a number of times.

Milta nahi thha... Khas info aati nahi thhi ki kis location, kis countrystate mein hai. Har waqt chhupta rehta hai. Dum thha to rukta Australia mein. Main khud thha wahan. Main to chaahta tha aamne-saamne ho jaaye. Waise is masle me maine kisi India ke aadmi se baat hi nahi ki.Sab bahar ke hain (He couldn't be traced... We didn't get intelligence on his location. He has been hiding all the time. If he had guts he would have stayed in Australia. I was there.I wanted to confront him face-toface. By the way , I didn't speak to anyone in India on this matter, only to people outside the country).

I won't answer that. I will talk about myself.

Did you make any other attempt to get Rajan after the 2000 Bangkok attack?

Any immediate trigger for the attack?

No trigger. He kills innocent people such as drivers and other small fries. Bangkok mein bhi saamna karta na (He should have faced us in Bangkok). My boys are still in Australia. But he has slipped out.

Agencies say he has been targeting your men?

What's this thing about Rajan being a Hindu don and his claims of being a patriot?

This is the media's work. Patriot hai to army me le lo na... border pe bhejo na! Mulq ke liye kaam karega (Draft him in the army , send him to the border if he is a patriot). He has killed so many Hindus for money .

Do you think the Indian intelligence is soft on Rajan?

We don't care. They can support him all they want, we will find him and kill him.

Are you still active in match fixing?

If we talk business, is it matchfixing? Ask the former Delhi CP. He will tell you the truth. We haven't spoken to any cricketer.Uparwale ka diya bahut hai, ye karne ki zaroorat nahi hai (God has given us enough, we don't need to do all this).

If you Don't Believe Me Then Click Here
G

Ok sir, I will not call you sir. Oops I just called you sir 2 times. So sorry sir.

I manipulated the link only for some humour .
But links must be provided by everyone. Be that person be a senior or a junior :tup :k

Mahendra Singh Dhoni did not quit, he was asked to resign as captain - Exclusive

Man runs over dog, says it deserved to die