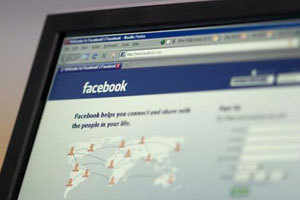 SAN FRANCISCO: Facebook is being accused of snooping on its users' text messages, but the social network says the accusations are inaccurate and misleading.

The company is among a wide-ranging group of Web entities, including Flickr and YouTube, that are using smartphone apps to access text message data and other personal information, according to a Sunday Times report (behind a paywall).

The newspaper said Facebook "admitted" to reading users' text messages during a test of its own messaging service. The report also says information such as user location, contacts list, and browser history are often accessed and sometimes transmitted to third-party companies, including advertisers.

Facebook representatives did not immediately respond to a CNET request for comment, but the company told the Business Insider that the Sunday Times report was "completely wrong."

"There is no reading of user text messages. On the Android App store, the Facebook app permissions include SMS read/write. Lots of communications apps use these permissions. Think of all those apps that act as replacements to the build-in sms software," it said.

The company said the permission exists because it has performed some testing of products that require short message service to communicate with the Facebook app. But Facebook says it hasn't made any such features available to the public.

"So the Sunday Times is completely wrong when it says Facebook is reading people's SMS. Wrong on the terminology, and wrong on the suggestion that it has been implemented," the company said.

Smartphone privacy concerns have increased in the past couple of weeks after it was revealed that when Path--a popular iOS and Android application--was found to be collecting user contact information without permission.

Twitter also acknowledged that it retained data on its servers for 18 months after users selected the "Find Friends" feature on its smartphone app.