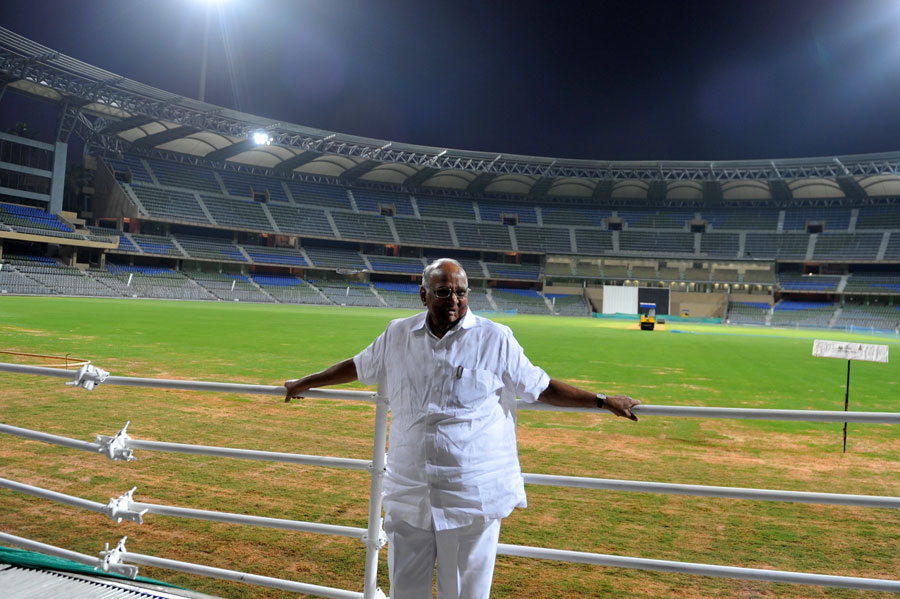 The swearing in of India's new union cabinet on Monday is likely to have ripple effects on the BCCI.

With Arun Jaitley, a former president of the Delhi and District Cricket Association but still a political player in the BCCI, being appointed finance and defence minister in the new government, his new job has left him little time for BCCI matters.

As a result, Amit Shah, a close aide of India's new Prime Minister Narendra Modi, could enter the BCCI in an active capacity during the board's annual general meeting in September. Shah, who has been the vice-president of the Gujarat Cricket Association - of which Modi is president - for more than five years, could replace Mumbai's Ravi Savant as the vice-president from the west zone. While Shah's son Jayesh, it is said, appears to control the GCA affairs, Shah may emerge as the link between the BCCI and central government during the Board's AGM in September.

Should N Srinivasan, currently sidelined as BCCI president, be found guilty in a Supreme Court-appointed inquiry looking into the IPL corruption scandal of 2013, then more politicians currently on the outside of the current regime are likely to stake their claim for the post of president.

The candidates being mentioned are Rajiv Shukla, a BCCI vice-president, joint secretary Anurag Thakur and Sharad Pawar, the former BCCI and ICC chief. Shukla and Thakur, who belong to different political parties, have not expressed opinions on Srinivasan's attempt to stay in office despite severe criticism from the Supreme Court. Pawar, however, has become a vocal critic of the BCCI and, as the Mumbai Cricket Association chief, is expected to take an active role in the lead-up to the AGM.

These possibilities were created by the BCCI decision to amend its constitution in September 2012, which created a loophole to go past the conventional rotational system of nominating presidents. At the time, it was widely understood the rule had been changed to ensure that Jaitley, a lawyer turned politician in charge of the DDCA since 1999, could take over the presidency of the BCCI in 2014 even though he did not belong to East Zone, who were due to nominate the next head.

Four months ahead of the AGM, though, it is understood Jaitley will not make a pitch for the top job. There is a strong possibility that his decision to stay away has as much to do with a disinclination in leading an organisation that has been on the wrong side of public opinion and the judiciary since the IPL corruption scandal broke in May 2013, as with his new-found responsibilities.

A Jaitley confidante in the DDCA said he did not want the central government to be dragged into controversies surrounding the BCCI. In September 2013, Jaitley had decided to step down from his position as BCCI vice-president to focus on the general elections, and was replaced with his DDCA aide Sneh Bansal. That was followed by Jaitley choosing not to contest for the post of DDCA president, making way for Bansal to head the body. Though Jaitley remains a member of the DDCA executive committee, he hasn't participated in any BCCI meetings since the 2013 AGM.

Jaitley distancing himself from the BCCI and Shah getting closer could make for a fascinating four months in the run up to the BCCI election. With all the office-bearers' terms being extended to three years as per the amended constitution, the main question is whether the ruling faction in the BCCI will face any open opposition.

At the moment, the only hurdle against Srinivasan controlling the board by proxy is the on-going investigation by Justice Mukul Mudgal into 13 individuals, including Srinivasan, for their alleged role in corrupt and unethical practices. Several BCCI members are confident that if the Mudgal committee exonerates Srinivasan, he could appoint one of his lieutenants as proxy BCCI president.

In such a case, the three prime candidates would be vice-president Shivlal Yadav, who was appointed by the Supreme Court as the chief of all BCCI affairs except IPL after Srinivasan was sidelined, secretary Sanjay Patel and treasurer Anirudh Choudhary.

According to the rules, it is the East Zone's turn to nominate the BCCI president. However, after the 2012 amendment, a non-East Zone member could be nominated for president if his name is proposed and seconded by members from the East Zone. This means if the ruling faction has five of the six East Zone members on its side, the possibility of an election is eroded automatically.

The Mudgal commission held its first meeting on May 25 and told the Supreme Court it would require four months to finish investigations. Should Srinivasan be found guilty, there is a strong possibility the tide may turn against the man who has occupied the three most important positions in the BCCI - treasurer, secretary and president - since 2005.

Irrespective of who becomes president, Brijesh Patel, the secretary of Karnataka State Cricket Association, could be the prime contender for the post of the BCCI secretary. The former India opener, whose group replaced the one headed by former India captain Anil Kumble at the helm of KSCA in December 2013, has already been bargaining hard with the ruling faction. Not only were Patel and KSCA vice-president Ashok Anand given managerial duties for the World Twenty20 and the Asia Cup, respectively, the IPL final was recently moved from Mumbai to Bangalore.