Apple iOS 10.3.2 rolled out, users complain of battery drain issues
Apple has rolled out iOS 10.3.2 for iPhone 5 and later, iPad 4th generation and later as well as iPod touch 6th generation. The latest update primarily addresses security issues as it includes ‘bug fixes and improves the security of your iPhone or iPad’.
Several users who’ve installed 10.3.2, have taken to Apple’s official Support Communities site as well as social media to report battery drain problems with the update.
The bug seems to be causing extreme battery drain in iPhones, resulting in 10 per cent to 20 per cent loss in battery right after unplugging device after a 100 per cent charge. Separately, users have complained of their phones getting switched off even with about 40 per cent battery left. 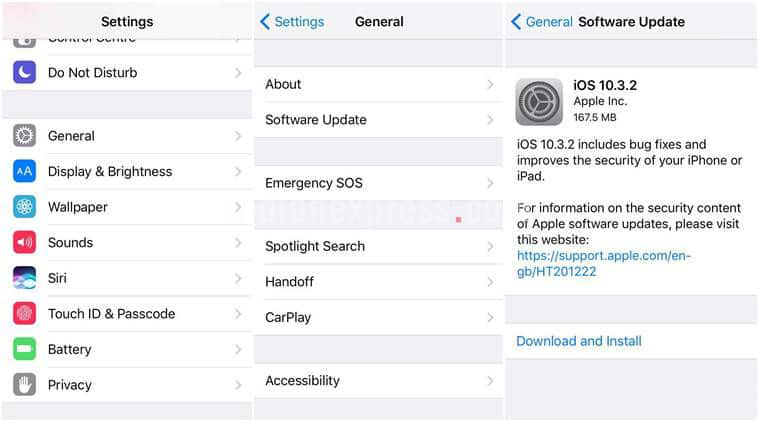 Apple iPhone at risk of hacking through email app

Apple may discontinue iPhone X within a year of launch, says analyst