Bangalore has become the 2nd city in India to have access to 4G LTE technology. After launch of 4G in Kolkata a few weeks back, Airtel has gone ahead and launched cutting-edge 4G LTE technology in IT hub of India, Bengaluru. 4G services are based on LTE (Long Term Evolution) technology which is capable of offering speeds of upto 40 mbps, three times that of 3G.

Although, Airtel is not a Pan – India BWA spectrum holder, it has taken the lead in implementing 4G services. It has secured spectrum in 3 Indian states of Maharashtra, Karnataka, Punjab along with Kolkata Metro.

On the face of it, Airtel’s 4G rates are not that cheap. However, as an introductory offer, customers subscribing to 4G services will be given a cashback for the dongle / USB stick bringing device cost to zero. For Rs. 2999/- 4G subscribers will get 30GB data transfer. They also have other plans: 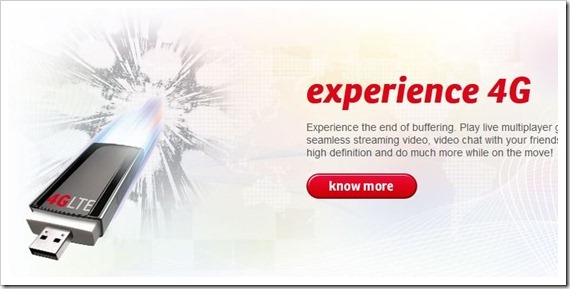 Here’s why Bharti Airtel still has to wait for bits of spectrum despite paying Rs 157.38 crore ahead of time