Planning to buy a new smartphone? Time couldn't be better. Indian smartphone market has in the past one month has seen some hottest launches of the year 2015.

On the platter is Samsung’s next flagship Galaxy S6 and S6 edge, world’s first smartphone with Atmos Dolby technology Lenovo A7000, Motorola’s 4G phone Moto E (Gen 2) and more. And if you think all these will burn a hole in your pocket, then you got it wrong.

South Korean manufacturer Samsung launched its new flagship smartphones Galaxy S6 and Galaxy S6 edge in India last month. The two smartphones are priced at Rs 49,900 and Rs 58,900, respectively and positioned as the rivals to iPhone 6 and iPhone 6 Plus. Galaxy S6 edge is also the world’s first smartphone to have curved screen on two sides.

The new smartphones sport 5.1-inch SuperAMOLED screen (1440x2560p resolution) and runs on Android 5.0-based TouchWiz UI. The company is using the 64-bit 2.1GHz octa-core Exynos 7 processor that is 35% faster than its predecessor; both smartphones have 3GB RAM. The smartphones come in 32, 64 and 128GB variants, with no microSD card expansion for the first time.

On the back, Samsung Galaxy S6 and S6 edge have 16MP camera with LED flash, whereas the front has a 5MP selfie camera. Connectivity options in the smartphones include 2G, 3G, 4G, Wi-Fi, NFC, infrared, microUSB 2.0 and Bluetooth 4.1. The two smartphones have non-removable 2,600mAh battery that can last 4 hours on being charged for just 10 minutes.

Lenovo’s 4G-enabled A7000 smartphone was launched in India in early April for Rs 8,999. It is the world’s first smartphone with Dolby’s Atmos audio technology.

The smartphone has a 5.5-inch 720p IPS display, is 7.9mm thick and weighs 140gm. It packs 1.5GHz MediaTek octa-core processor under the hood and has an 8MP autofocus camera on the back and a 5MP front-facing camera.

Lenovo A7000 comes with 8GB internal storage and 2GB RAM. There’s dual/micro SIM, and a micro SD card slot that supports up to 32GB. The phone has a 2,900mAh battery and Android Lollipop-based custom UI. Connectivity options supported by the phone include Bluetooth 4.0, Wi-Fi, and Cat 4 4G LTE.

Soon after launching the 3G-only Moto E (Gen 2) for Rs 6,999, Motorola India has launched its 4G-enabled counterpart in the country at Rs 7,999.

Powered by a 2.7GHz Snapdragon 800 quad-core processor and 3GB RAM, the smartphone comes with 64GB internal storage. Moto Turbo is designed with ballistic nylon, which the company claims is a first for the industry.

It features a 21MP rear-facing camera with an aperture of f/2.0, and a 2MP front-facing camera for selfies and video chat. Moto Turbo comes with water-repellent nano-coating. It runs Android 5.0 Lollipop out of the box. In terms of connectivity, the phone supports 3G, Wi-Fi 802.11 a/b/g/n/ac, Bluetooth 4.0, NFC and 4G.

One of the highlights of the phone is its big capacity 3,900mAh battery and turbo-charging feature that provides up to 7 hours and 15 minutes of power with just 15 minutes of charging and 48 hours of mixed usage, according to the company.

Successor to the Honor 6, the Honor 6 Plus sports a 5.5-inch full-HD (1920x1080p) In-cell display. Powered by a 1.8 GHz Hisilicon Kirin 925 octa-core processor and Mali-T628 GPU, the phablet comes with 3GB RAM and 32GB internal storage, expandable via microSD card.

Priced at Rs 26,500, Huawei’s Honor 6 Plus has an 8MP bionic parallel dual-lens camera at the back with a dual-LED flash and an 8MP front-facing camera. The rear camera has a fast focus of 0.1 seconds and an aperture of f/0.95 for more panoramic depth.

The phone runs Android 4.4 KitKat with Huawei’s Emotion UI 3.0 running on top. It has a 3,600mAh battery. In terms of connectivity, the Honor 6 offers support for 3G, Wi-Fi, 4G LTE (with support for both TD LTE and FDD LTE bands), Bluetooth and GPS. It also supports dual-sim capability if you don’t use a microSD card. 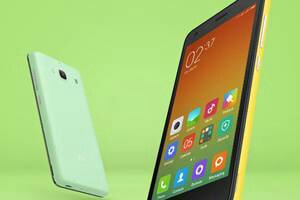 Xiaomi Redmi 2, the 4G-capable successor of Redmi 1S, was launched in India in March at Rs 6,999.

The front camera gets a resolution bump, from 1.6MP in Redmi 1S to 2MP in Redmi 2. The battery is also slightly beefier at 2,200mAh in the new smartphone, up from 2,000mAh of Redmi 1S. Xiaomi's Redmi 2 smartphone also supports QuickCharge 1.0 technology for faster battery charging.

The remaining features of Redmi 2 are same as that of its older sibling, including the 4.7-inch HD screen with DragonTrail glass, 8GB internal storage, up to 32GB microSD card support, 1GB RAM and connectivity options.

In terms of connectivity options, Oppo N3 features 4G LTE (including Indian 4G bands), 3G, Wi-Fi, Bluetooth 4.0 and GPS. The phone features dual-sided Skyline Notification 2.0 embedded at the bottom of the phone for notifications. The phone’s fingerprint sensor can be used for unlocking the phone and encrypting apps.
http://m.timesofindia.com/tech/7-best-smartphones-launched-in-india-recently/itslideshowviewall/46933801.cms