1.5 lakh students in rural Punjab to get Aakash tablets

1.5 lakh students in rural Punjab to get Aakash tablets

The tablets would be distributed with an aim to make rural students aware about the use of technology in present day education, he said 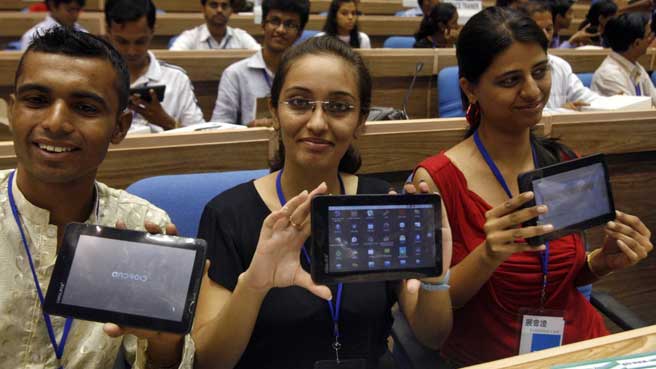 Amritsar: 1.5 lakh students in rural areas would be provided with Aakash tablets from this session at a cost of Rs 110 crore, Punjab Government said.

The Government is fully committed to strengthen higher education in rural areas of the state and the education sector was a priority for the SAD-BJP Government, Chief Parliamentary Secretary (Education) Inderbir Singh Bolaria said here. The tablets would be distributed with an aim to make rural students aware about the use of technology in present day education, he said.

Under the previous budget, Punjab Government had sanctioned 12 per cent of the whole budget to the education sector, he said. It has initiated the process of creating a special border area cadre for teachers so as to give a big push to education in border areas, he also said. Besides the expansion of GNDU campuses, the process had already started to set up a world class University at Amritsar, he said.

Apart from this, the infrastructure would also be strengthened at the regional campus with a fund sanction of Rs 14 crore, he said, adding that GNDU has opened another centre at Patti.